“Precious” is Depeche Mode‘s forty-first single, and the first single from the album Playing the Angel. It was released on 3 October 2005 in the UK by Mute Records and 11 October 2005 in the US by Sire/Reprise. The single reached No. 4 in the UK, No. 71 on the Hot 100, and No. 23 on the US Modern Rock Tracks chart. It was the band’s first single of original music in more than three years. “Precious” was released to international radio stations and as a digital download on 22 August 2005. Since its live debut, “Precious” has been played at every Depeche Mode concert between 2005 and 2010. Although the meaning of almost all of Depeche Mode’s songs are not revealed because Martin Gore prefers people to find their own meanings for each song, he made an exception with “Precious”, revealing that the song is written about his children and what they must have been going through when he was getting a divorce from their mother. “Precious” was also featured in Smallville’s fifth season premiere episode. The song was also played during episodes of the TV shows Bones, Charmed (Season 8 episode “Payback’s a Witch”), and CSI: Crime Scene Investigation. Trance act Blank & Jones remixed the single though their production has yet to be released. However, they have played their remix out during their live DJ sets. From Wikipedia, the free encyclopedia.


Martin Gore wrote this about his divorce from Suzanne Boisvert, and the impact it had on their children. Songfacts®

Depeche Mode Precious Lyrics:
Precious and fragile things.
Need special handling.
My God what have we done to you.

We always tried to share.
The tenderest of care.
Now look what we have put you through.

Angels with silver wings.
Shouldn’t know suffering.
I wish I could take the pain for you.

If God has a master plan.
That only he understands.
I hope it’s your eyes He’s seeing through.

I pray you’ll learn to trust.
Have faith in both of us.
And keep room in your hearts for two. 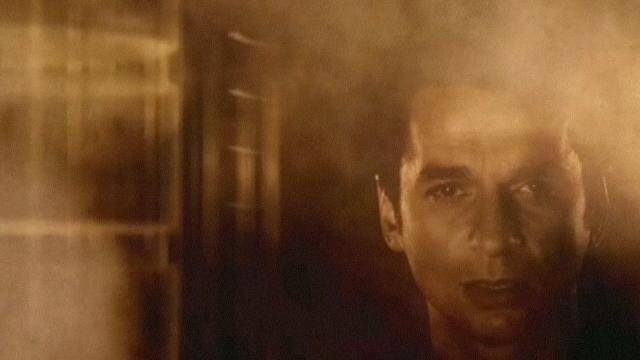