“People Are People” is Depeche Mode’s 10th UK single recorded at Hansa Mischraum in West Berlin, and released on 12 March 1984. It was their first hit single in the US and the first single from the Some Great Reward album. “People Are People” was written by Martin Gore, but the dancy, pop feel of the song may be credited to Alan Wilder. Wilder wrote the B-side, “In Your Memory”. Each song has an extended remix, the “Different Mix” and the “Slik Mix” respectively (although the “In Your Memory” mix is often incorrectly called the “Slick Mix”). It was one of the first songs recorded for the album when sessions began at the Hansa Mischraum studio in January 1984. The Clive Richardson-directed “People Are People” video was released in 2 versions. The original video was made for the single version, but an alternate video was made with the “Different Mix”. The music video featured footage of various military scenes from the Cold War, mixed with footage of the band aboard the HMS Belfast. The “Different Mix” video appears on Some Great Videos. Despite “People Are People”‘s success, Martin Gore considers it as one of his least favourite songs. He prefers his songs to have subtle metaphors to allow people to find their own meanings to his songs, and feels “People Are People” does not fit that description. It has not been played live since 1988. Wikipedia®. 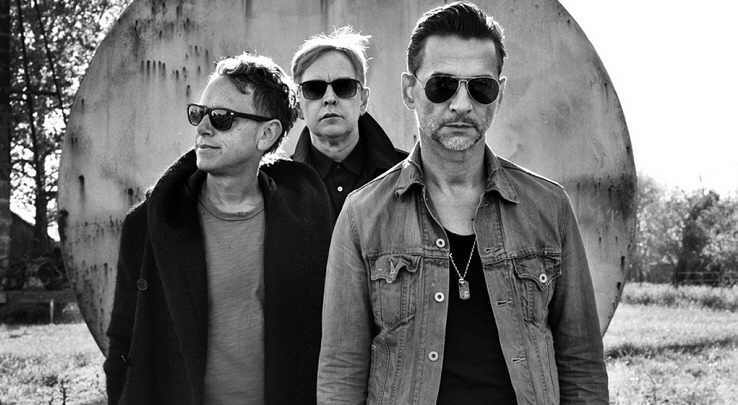 Depeche Mode are an English electronic band formed in 1980 in Basildon, Essex. The group’s original line-up consisted of Dave Gahan (lead vocals, occasional songwriter since 2005), Martin Gore (keyboards, guitar, vocals, chief songwriter after 1981), Andy Fletcher (keyboards), and Vince Clarke (keyboards, chief songwriter from 1980 until 1981). Depeche Mode released their debut record in 1981, Speak & Spell, bringing the band onto the British new wave scene. Clarke left the band after the release of the album, leaving the band as a trio to record A Broken Frame, released the following year. Gore took over lead songwriting duties and, later in 1982, Alan Wilder (keyboards, drums, occasional songwriter) officially joined the band to fill Clarke’s spot, establishing a line up that would continue for the next thirteen years. Wikipedia®.

Depeche Mode – People Are People Lyrics:
People are people
So why should it be
You and I should get along so awfully