In only a couple of years, Los Angeles production trio (Todd M. Simon, Itai Shapira and Adam Berg) have cemented their reputation in the studio and on stage as the premiere production team and live band for artists like Rhye, Kelis, and Hollie Cook. They have also garnered the attention of great worldwide tastemakers such as KCRW music director Jason Bentley, the legendary Gilles Peterson of the BBC, Jaime Cullum, Okayplayer, Wax Poetics, Bandcamp and many more. Rarely emerging from behind closed studio doors, The Decoders love combining their specialized brand of “decoded” classics from the 60’s and 70’s soul movement with an excitingly new blend of genres ranging from Lovers Rock to Dub, Brazilian Music to Psychadelic Soul.

The Decoders are at it again with another Rotary Connection cover of a cover, the classic known as “Respect” made famous by the likes of Otis Redding and Aretha Franklin. Enlisting the talents of Oakland based chanteuse Mara Hruby and the illustrious Van Hunt, The Decoders give an intimate look into their process in the studio creating the songs for their upcoming full length album release, “Adventures From Paradise: A Tribute To Minnie Riperton” coming out later this year. 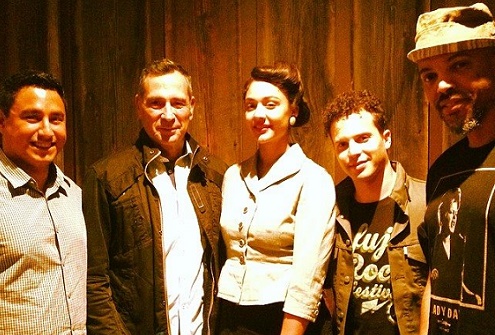