The Darkness II is a first-person shooter psychological horror video game with light role-playing elements developed by Digital Extremes and published by 2K Games. The game is the sequel to 2007’s The Darkness. The script for the game was written by comic book writer Paul Jenkins, who previously worked on The Darkness comic series. Originally scheduled to be released on July 10, 2011 and then on October 4, 2011, it was delayed for both dates and instead was released February 7, 2012 in North America, February 10, 2012 in Europe and Australia and February 23, 2012 in Japan. for Microsoft Windows, PlayStation 3 and Xbox 360,[3] and OS X on April 20, 2012. Wikipedia®. 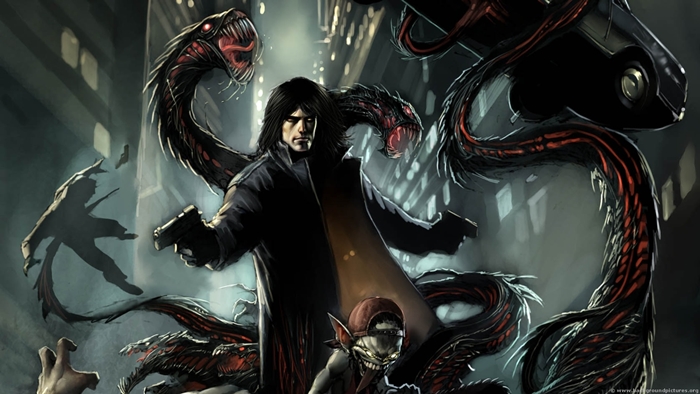 he Darkness II takes players down a brutal and personal path as Jackie Estacado, wielder of The Darkness — an ancient and ruthless force of chaos and destruction. Based on the supernatural horror comic book series created by Top Cow Productions, Inc., The Darkness II breaks out of the sea of conventional first-person shooters with its fervid Quad-Wielding gameplay, which will allow players to slash, grab, and throw objects and enemies with their Demon Arms while simultaneously firing two weapons. The game is layered with the use of dark versus light, steeped in deep and twisted storytelling, and engulfed in stylistic violence that is visualized through a hand-painted graphic noir technique that stays true to its comic book origins. It’s been two years since Jackie Estacado, now the Don of the Franchetti crime family, used The Darkness to kill the men responsible for his girlfriend’s murder. He’s been unable to shake the memory of Jenny’s death since bottling up his supernatural power, and now The Darkness wants out. A sudden, unprovoked attack on Jackie’s life heralds the start of a full-scale mob war, which has clearly been orchestrated by some outside force. The botched attempt opens the door for The Darkness to reemerge, and sets Jackie on a journey to hell and worse, as he unravels the mystery behind the attack and the motivations of The Darkness itself.