Danganronpa 2: Goodbye Despair is a visual novel adventure video game developed by Spike Chunsoft. It is the second installment in the Danganronpa series, and a direct sequel to the 2010 game Danganronpa: Trigger Happy Havoc. It was first released in Japan for the PlayStation Portable on July 26, 2012. A port for the PlayStation Vita was released in Japan on October 10, 2013 and was published in North America and Europe by NIS America in September 2014. The story follows a group of high school students who are trapped on an island by their high school’s headmaster Monokuma, a sentient stuffed bear. In order to leave the island, a student must kill one of their peers, and not be caught in the subsequent investigation and trial. Similar to the previous game, Danganronpa 2 features two main styles of gameplay; School Life, which is split into Daily Life and Deadly Life sections, and the Class Trial. In the Daily Life section, players interact with other characters and progress through the plot. Conversing with characters during ‘Free Time’ sections earns Hope Fragments, which can be exchanged for skills that can be used in the Class Trial. Performing various interactions increases the player’s level, allowing them to equip more skills during trials. Monocoins, earned by finding hidden Monokuma Figures or performing well in trials, can be exchanged for presents that can be given to other characters during Free Time segments, with certain items able to trigger special events. The Deadly Life section, which occurs when a crime scene is discovered, has the player search for evidence that will assist them in the Class Trial. Wikipedia®. 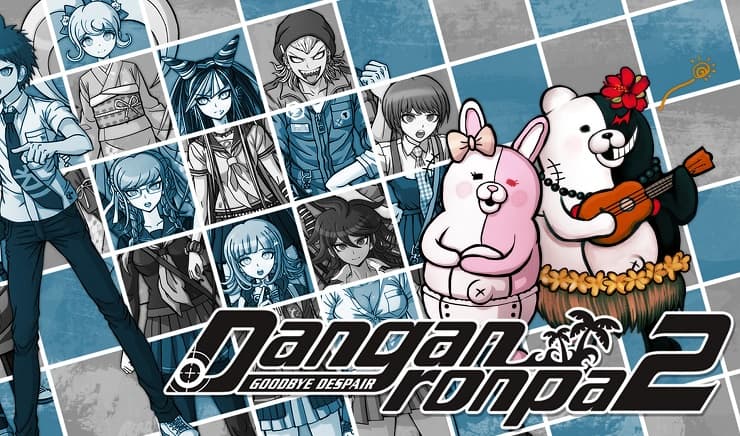