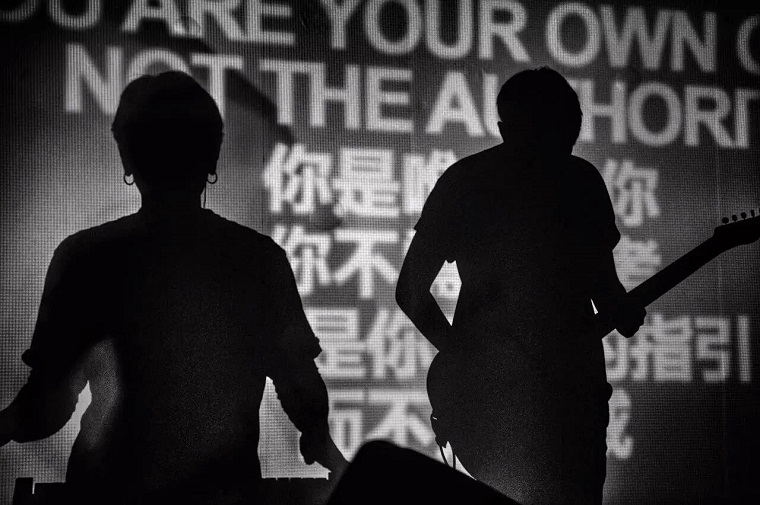 Da Bang (大棒) is a Beijing-based indie-rock band with strong influence from electronica and a wild stage presence.
The Beijing dance rock act Da Bang (大棒), originally called Bigger Bang, came together in 2008. After founding the band, in a short span of 4 months, the band went around playing gig after gig with their first songs and their fan base grew constantly.

Emerging champions in the 2008 Redbull Original Songwriting Competition, the band pushed out a Live DVD with the help of a friend. In 2009, bassist Li Yu joined the band, creating space for the band to expand their music. 2009 also saw the launch of their 1st EP The Bigger Bang.

While their eponymous debut EP was full of punchy dance rock anthems, their later album Bone Hug, reflects how the band have developed. The difference between the first two CDs is very big and shows, how the band has been constantly changing and enriching their musical inspiration.

Slinky synths and shimmering pop choruses have replaced the frenetic guitars and hammering beats in some of the band’s songs. The newer tracks sound slicker, but have kept what made them famous in the first place: gigs based on their live energy, led by band leader Wang Jing, who is known for her badass character and wild stage presence. Da Bang has become much more experimental in their style and can create different atmospheres during their shows.

In the years since their founding they have discovered a more nuanced sound, with some memorable live shows along the way. In fact, their music ranges from electronic punk rock to what some people call post-dub step, throwing in some dance funk in the mix. @ http://miro-china.ch