They are a band. Their name is COIN. They are a “product of the 90′s” and make feel good and slightly uptempo music that puts a smile on my face. Each and every time without fail. And I don’t know exactly why but I think I just might love their musical style. Hailing from the talent rich hotbed that is Nashville Tennessee, COIN released a new record back in April titled ’1992′ and it’s been growing on me ever since. Their latest album is full of breezy and undeniably catchy tracks but “Atlas” has been the center of my attention for the past few days. And for good reason. It’s a feel good tune to its core even though the lyrics don’t seem to be all that uplifting. But that doesn’t deter me from tapping my toe and wanting to dance around a bit. The band produces a nice rich sound on the track I can see myself really enjoying on the live stage but still sound great through a good set of speakers. “Atlas” has a beautiful blend of vibrant guitars, bouncy drums and playful vocals that has me clamoring for more as the last synth echo fades away. Not bad for a group supposedly named after a horse. 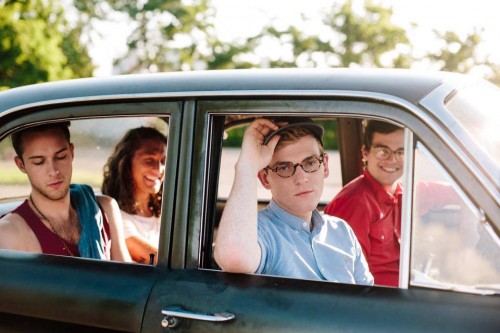