Call of Duty: Infinite Warfare is a first-person shooter video game developed by Infinity Ward and published by Activision. It is the thirteenth primary installment in the Call of Duty series and was released for Microsoft Windows, PlayStation 4 and Xbox One on November 4, 2016. Development of Infinite Warfare began during 2014. It is the first title by Infinity Ward under the new three-year development cycle for the Call of Duty series. The game’s campaign is centered around a battle for the Solar System, which the Settlement Defense Front (SDF), a hostile force who are the main antagonists, are attempting to take over. The player takes control of Captain Nick Reyes of the Special Combat Air Recon (SCAR). They will have their own transforming fighter, named “Jackal”, that they can customize as well as a central hub world named Retribution. Special editions of Infinite Warfare come with a remastered version of Call of Duty 4: Modern Warfare, entitled Modern Warfare Remastered, developed by Raven Software. Includes the Terminal Bonus Map and Zombies in Spaceland Pack, contains a weapon camo, calling card, and a Fate and Fortune Card Pack! Infinite Warfare delivers three unique game modes: Campaign, Multiplayer, and Zombies. In Campaign, players play as Captain Reyes, a pilot turned Commander, who must lead the remaining coalition forces against a relentless, fanatical enemy, while trying to overcome the deadly, extreme environments of space. 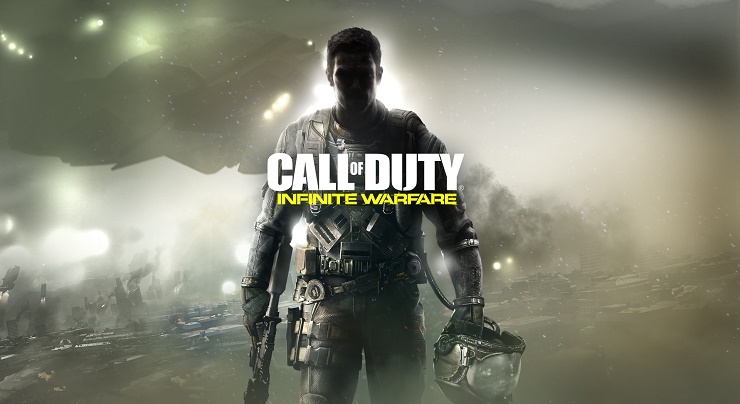 Multiplayer combines a fluid momentum based movement system, player focused map design, deep customization, and a brand new combat rig system to create an intense gameplay experience where every second counts. Combat Rigs (Rigs) are the ultimate combat systems. Each Rig is a cutting-edge, tactical combat suit worn by the player and is built for totally different styles of play. Players will also join one of four brand-new Mission Teams to unlock calling cards, camos, emblems, and weapons unique to that team. In Zombies, go back in time to fight the undead in a 1980s amusement park, complete with a plethora of rides, an awesome arcade, and a funky, functioning rollercoaster. Embrace previously beloved aspects of the mode like easter eggs, power ups, and novel weapons while experiencing innovations like brand-new team mechanics, the After Life Arcade, and Fate and Fortune Cards.