Skip to content
Home » Music » Bruno Mars – Nothing On You

“Nothin’ on You” is the debut single by American rapper B.o.B. The song features vocals from Bruno Mars. The song is included in B.o.B’s debut studio album B.o.B Presents: The Adventures of Bobby Ray. An official remix version of this song, which features Big Boi, debuted on March 21, 2010.[3] The song reached number one in the Netherlands, the United Kingdom and the United States. The song was nominated for three Grammys, including Record of the Year, on December 1, 2010 for the 53rd Grammy Awards. Wikipedia®.

Bruno Mars – Nothing On You (live)

Bruno Mars – Nothing On You Lyrics:
[Chorus: Bruno Mars (B.o.B)]
Beautiful girls all over the world, I could be chasing
But my time would be wasted, they got nothing on you, baby
Nothing on you, baby
They might say hi, and I might say hey
But you shouldn’t worry, about what they say
Cause they got nothing on you, baby (Yeah)
Nothing on you, baby (N-n-n-nothing on you baby, n-nothing on you)
[Verse 1: B.o.B]
I know you feel where I’m coming from
Regardless of the things in my past that I’ve done
Most of it really was for the hell of the fun
On a carousel, so around I spun
With no direction, just tryna get some
Tryna chase skirts, living in the summer sun
And so I lost more than I had ever won
And honestly, I ended up with none
[Bridge: Bruno Mars]
It’s so much nonsense, it’s on my conscience
I’m thinking “maybe I should get it out”
And I don’t wanna sound redundant
But I was wondering, if there was something that you wanna know
But never mind that, we should let it go
Cause we don’t wanna be a t.v. episode
And all the bad thoughts, just let em go, go, go
[Chorus]
[Verse 2: B.o.B]
Hands down, there will never be another one (nope)
I’ve been around, and I’ve never seen another one (never)
Because your style, I ‘ain’t really got nothin’ on (nothing)
And you wild when you ‘ain’t got nothin’ on? (haha)
Baby you the whole package
Plus you pay your taxes
And you keep it real, while them others stay plastic
You’re my Wonder Woman, call me Mr. Fantastic
Stop- now think about it

[Bridge 2: Bruno Mars]
I’ve been to London, I’ve been to Paris
Even way out there in Tokyo
Back home down in Georgia, to New Orleans
But you always steal the show
And just like that girl, you got me froze
Like a Nintendo 64
If you never knew, well, now you know, know, know
[Chorus]
[Bridge 3: B.o.B]
Everywhere I go, I’m always hearing your name
And no matter where I’m at, girl you make me wanna sing
Whether a bus or a plane, or a car, or a train
No other girl’s on my brain, and you the one to blame
[Chorus]
[B.o.B:]
Yeah [laughing]
And that’s just how we do it [laughing]
And I’m a just let this ride. 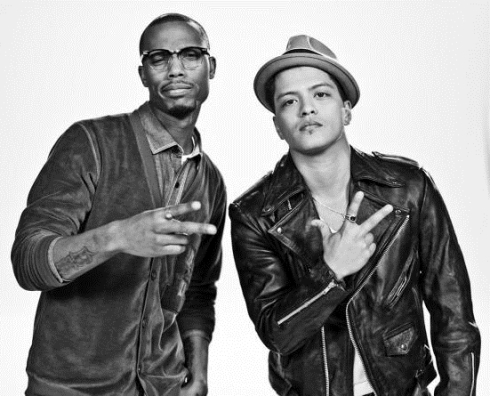