Acclaimed artist and activist Maya Azucena introduces her soul-rousing single “Fearless”, inspired by the woman’s warrior spirit and a tribute to the women of “BeadforLife” in Uganda. The song also celebrates the launch of the MAZU Collection, Azucena’s signature line of handmade jewelry, in collaboration with BeadforLife. “Fearless”, produced in Paris by DAVIDO, “is a reflective song of empowerment for all women and is inspired by the women I met in Uganda earlier this year,” Maya states. It compliments the overall message of her MAZU Collection: “Be the Fearless You.”

MTV Made’s Award winning singer-activist Maya Azucena travels the world making music that matters. Self-described as sounding like “The Roots if fronted by a singer with 4-octaves”, Billboard and the Washington Post have heralded her mesmerizing performances, as well as the Village Voice that said, “armed with a powerfully compelling voice, Azucena just could be the most impressive of the current hip-hop/soul/r&b diva crop.” Appreciated by many artists in the worlds of hip-hop, soul, jazz, dance and reggae, Maya has been part of countless collaborations, including a Grammy certificate winning feature on Stephen Marley’s CD “Mind Control,” and performances or recordings with artists as wide-ranging as Marcus Miller, Cormega, Mr. Cheeks, Roberta Flack, Immortal Technique, iNi Kamoze, Vernon Reid and Jonathan Peters. In 2010, Maya was heard on multiple tracks from the critically acclaimed album Pickin’ Up The Pieces by Fitz and The Tantrums. Her music has been featured on HBO’s The Wire and her likeness on NBC’s 30 Rock. Maya’s latest CD, CRY LOVE has been listed on several “Best of” 2011 lists including #1 on Pop Matters, and Amazon’s “Top Albums You May Have Missed”. 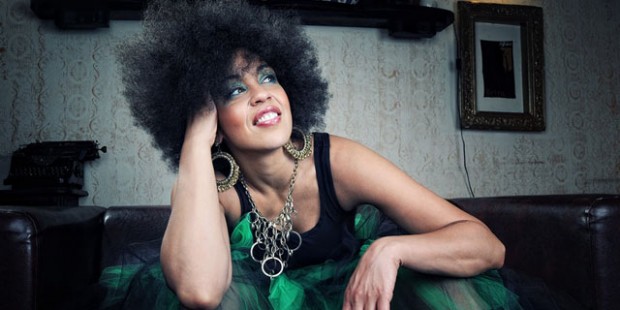