Borderlands 2 is an action role-playing first-person shooter video game that was developed by Gearbox Software and published by 2K Games. It is the sequel to 2009’s Borderlands and was released for the Microsoft Windows, PlayStation 3, Xbox 360 and OS X platforms. As with the first game, Borderlands 2 players complete a campaign consisting of central quests and optional side-missions as one of four treasure seekers, “Vault Hunters”, on the planet Pandora. Key gameplay features from the original game, such as online collaborative campaign gameplay; randomly generated loot, such as weapons and shields; and character-building elements commonly found in role-playing video games are found in Borderlands 2. The game was released to critical acclaim on September 18, 2012. Downloadable content for the game has also been released. A PlayStation Vita version has been confirmed to release in 2014, and is being developed by Iron Galaxy Studios in collaboration with Gearbox. Wikipedia®. 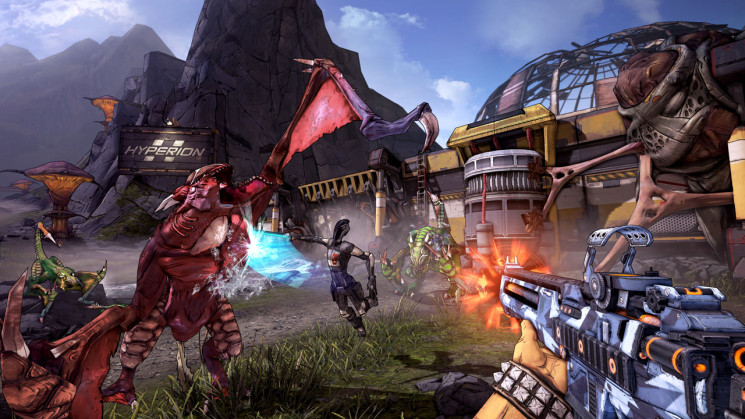 Borderlands 2 follows the story of four new Vault Hunters as they fight to free Pandora from the clutches of Handsome Jack, the brilliant, charismatic, and utterly despicable CEO of the Hyperion Corporation. Players will fight across the whole of Pandora to stop Jack from awakening an ancient alien evil known only as “the Warrior.” Their quest will bring them into contact with some familiar faces from the old game – most notably, the original four Vault Hunters: Roland, Lilith, Brick and Mordecai. They, along with some brand new characters, will help players defeat Jack, destroy the Warrior, and save Pandora.