Skip to content
Home » Music » Bloods – Bring My Walls Down 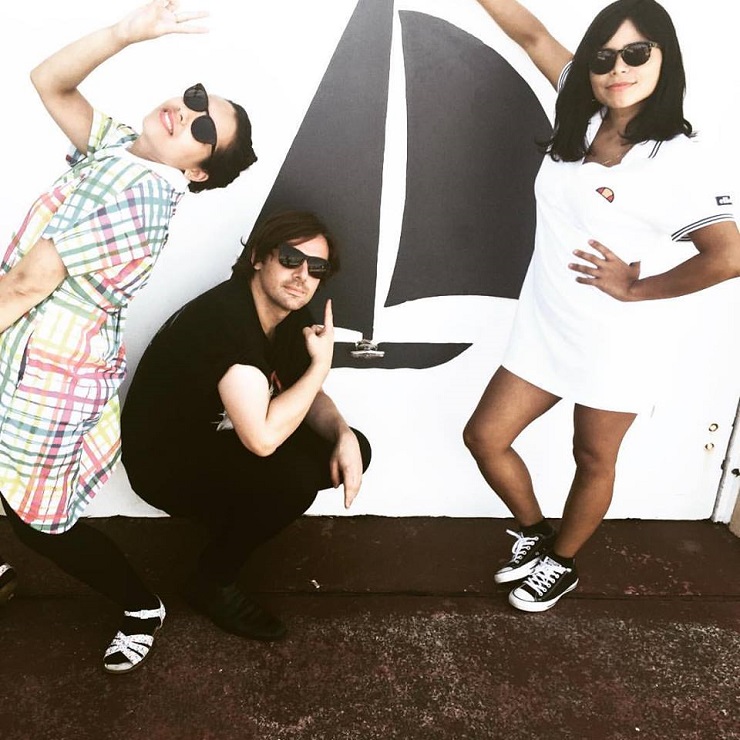 Syndey’s Bloods return for a sophomore album and the first track blows in like a sweet breeze across the ocean. They soften the attack but keep their chewy ’90s center strong, transitioning from garage pop into a gnarled bit of Alt rock that mines The Muffs, Letters To Cleo and Veruca Salt. There’s been a steady turn towards the ’90s in the past couple of years but its always great when bands fight the right touchstones, and this is definitely a welcomed refinement for Bloods. The song finds the band and singer MC ruminating on a crush that lowers all defenses, the kind of overwhelming infatuation that leaves you vulnerable because you can’t help but sputter out the first things that pop into your head. I noticed that the band had DJ’d a night of teen movie soundtrack classics last year, and that alone makes perfect sense, since “Bring My Walls Down” feels like it might find itself right at home sandwiched between cuts on the Clueless Soundtrack or fueling 10 Things I Hate About You‘s femme pop heavy sound. If they were still making the kind of teen comedies that leaned heavily on turning Shakespeare and Jane Austen into parables for the mall set, some music supervisor would be losing their shit over this one.

Bloods is Dirk, MC & Sweetie, three kids who grew up across the beaches and suburbs of Sydney.

Dirk, the drummer is actually a guitarist, MC, the guitarist is actually a bass player and Sweetie, the bassist is actually a violinist, so they all had to learn how to play new instruments in order to begin songwriting. Within a matter of three months, they went from jamming in bedrooms to playing shows and recording.

Their punk-meets-pop-meets-riot grrrl sound has been described as music for ‘singing into your hairbrush or throwing tantrums’ to.

Since their inception in 2011, they have released a bunch of 7″ singles, a critically acclaimed EP ‘Golden Fang’ and their debut LP ‘Work It Out’.