Attack on Titan, known in Europe as A.O.T.: Wings of Freedom, is a video game based on Hajime Isayama’s manga series of the same name released for PlayStation 3, PlayStation 4, and PlayStation Vita in Japan. It was released on February 18, 2016, in Japan. On April 7, Koei Tecmo announced a Western release in North America and Europe for August 2016. Xbox One and Microsoft Windows versions were also revealed. “That day, the human race remembered the terror of being dominated by them, and the shame of being held captive in a birdcage…” — Over 100 years ago, a natural predator of humanity appeared: the Titans, giant humanoid but mindless monsters whose sole purpose of existence seemed to be to devour humans. There was an insurmountable gap in power between them and mankind, and as a result, humanity was rapidly exterminated to the brink of extinction. The survivors responded by constructing three concentric walls: Wall Maria, Wall Rose and Wall Sheena, which graced them with a century of peace. However, one day a Colossus Titan far larger than any other seen before breached the outer wall, allowing the smaller Titans to invade the human territory and forcing the survivors to retreat to the inner walls. Eren Yeager, a boy whose mother was eaten during the invasion, vowed to wipe every last Titan off the face of the Earth, and joined the military decided to exact his revenge. 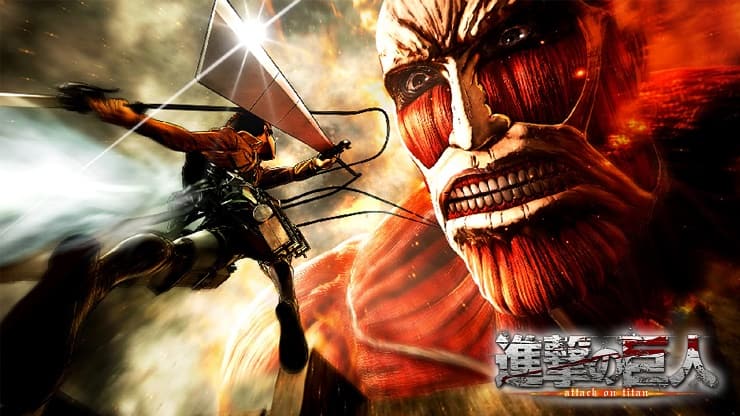