Bléz is a DC born, MD raised vocalist and song writer. Classically trained in voice, Bléz graduated from Duke Ellington School of The Arts in NW Washington, DC. After Graduating she went on to start her music career as a session vocalist working with then Sony producer Reese Johnson. Soon after Bléz joined her first band and began her journey as a gigging vocalist around DC, MD and VA. After some disappointments on the local scene Bléz stepped away from music for a few years to pursue other interests but was called back to music and she hit the ground running. In 2004 this DC native left the United States to go and live in Thailand working as a full time singer with an international band. 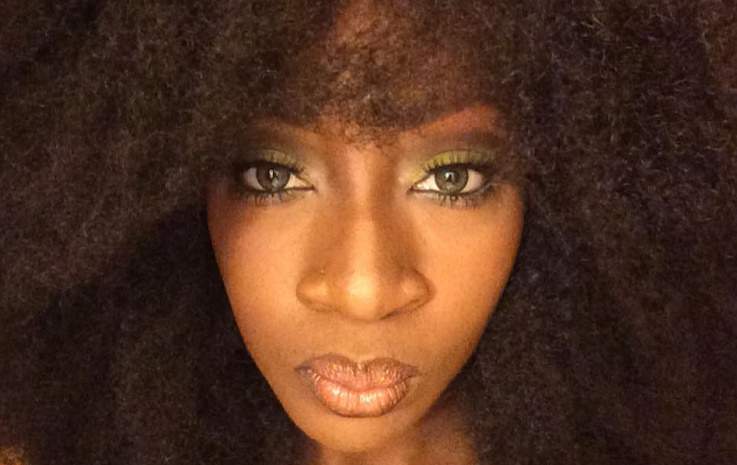 Visiting countries such as Cambodia, Singapore and Japan just to name a few. Once she returned home, Blez once again jumped onto the local music scene after joining the band Second Coming. Shortly there after she was also hired to perform with Marcus Young and Infinite who then took her back overseas to the Middle East to perform for the troops via Armed Forces Entertainment. The group toured 13 cities in 3 weeks. Bléz joined Jennifer onstage April 2009 to sing And I Am Telling You for a capacity crowd. Video footage of this performance is still on Youtube. Bléz spent 3 years as lead singer for DC’s own all female gogo band Be’la Dona. She has shared the stage with some top national artists such as Marsha Ambrosias, Chrisette Michelle, MC Lyte, Vivian Green, Biz Markie and Kem artist L’Renee. Now for the first time Bléz will be stepping out as a solo act hitting the stage with her first single, Love Me Baby”!