Following their travels from the shimmering lights of Manhattan, over the mighty Swiss mountains to the foggy dusk of Gothenburg, Bleu Roi are ready to carry their debut album, ‘Of Inner Cities’, out into the world on 11th November 2016. The accomplished four-piece have spent the last few years stunning audiences with their prepossessing performances across the globe. Since the release of their debut ‘Treasures’ EP, first recorded by lead vocalist Jennifer Jans in her bedroom, then later produced with Jascha Dormann (laFayette), the band have performed prolifically, from the Openair St. Gallen and Reeperbahnfestival 2016 to support shows with Kadebostany and several gigs across New York. 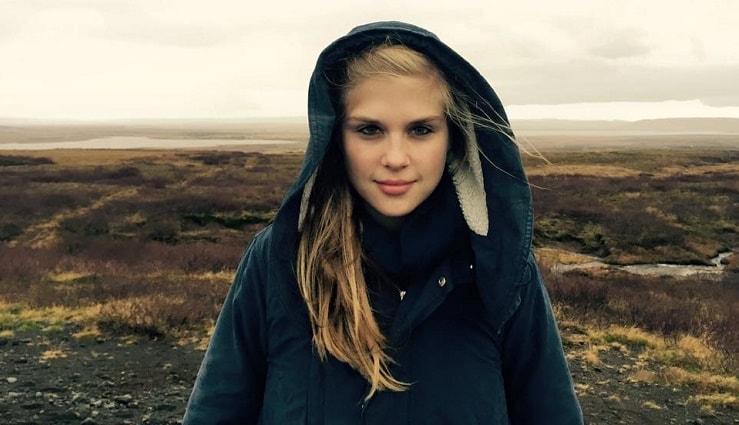 Now, Bleu Roi undertake the challenge of capturing these magical musical moments, successfully recreating all of the enchantment and wonder they encountered on their travels in their recorded music, taking the listener on a truly marvelous and awe-inspiring journey. ‘Of Inner Cities’, inspired by the Nordic sound of the likes of José González and Sigur Rós, mirrors the duality of being on the road, and feeling at home. Bleu Roi distinguish themselves through their prominent and dominant lead female vocal. Opening track ‘Fire of Your Heart’ leads their vocal charge with layers of raw eerily echoing Imogen Heap-esque choral vocal harmonies, before the powerfully spacious percussion of ‘Voyeur’ takes up the baton. Jennifer Jans’ unique tonality and exceptional ability to effortlessly command a track penetrates deep into the album. Her crystal clear vocals, offset by precise production come together to form a cohesive work of art worthy of the album’s captivating journey.

Bleu Roi’s Jennifer states that “It’s the colours in music that move me. If I were to choose a colour for our music, it would be royal blue. Bleu Roi is music for the lost and the found”. The appropriately titled ‘Fragments’ captures the group’s core essence while triumphantly displaying their ability to write dreamy and emotive instrumentals; the soft, billowing pads, full chords and minimal, yet dynamic percussive elements are used in conjunction with Jans’ vocals to create an expansive, immersive environment that resonates long after the music has stopped. The pure vocals and urban sounds that are masterfully weaved into the intricate web of sound that is Bleu Roi’s debut album, will enable ‘Of Inner Cities’ to not only be considered a highly accomplished album, but a veritable work of art when it drops on 11th November 2016.