Skip to content
Home » Music » Baskery: Sick Of The Remedy

Baskery is a Swedish alternative americana folk rock band, comprising the three sisters Greta, Stella and Sunniva Bondesson. Their first album, Fall Among Thieves, was released in Europe in 2008, and in the UK in January 2009. New Friends, their second album was released in 2011 with their third album Little Wild Life released in 2013 / 2014. The band formed in 2007[1] as an offshoot of The Slaptones, who featured their father Janåke Bondesson on drums, released two albums (Simplify, 2003, and Amplify, 2004) and toured the USA with The Brian Setzer Orchestra. Baskery released an EP, One Horse Down, in 2007 on Veranda Independent Records. Their first album, Fall Among Thieves, was recorded with producer Lasse Mårtén using no overdubs and mainly first or second takes, with the aim of capturing as much energy as possible. It was released in Sweden in May 2008; in Norway, Germany, Austria, Belgium, the Netherlands and Italy in autumn 2008; and in the UK in January 2009. In 2008 the group toured and played festivals in the USA, Canada, France, Ireland, Denmark and Norway, and toured the UK supporting Seth Lakeman in late 2008. Wikipedia®. 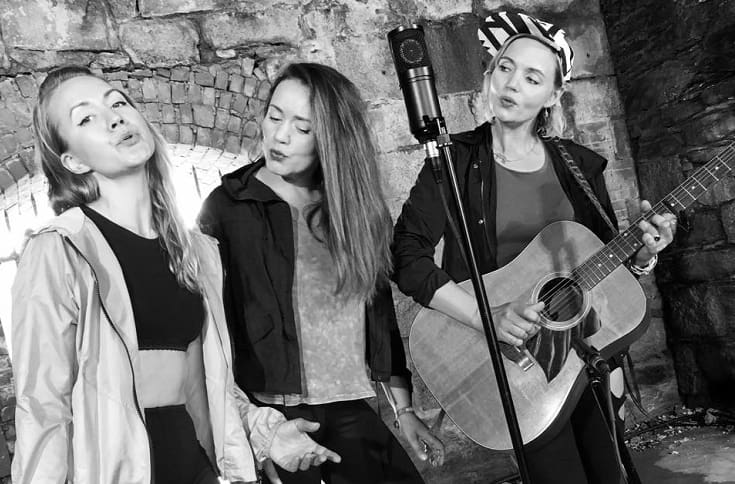 In 2012 Baskery played gigs throughout the USA and Europe including festivals such as Beautiful Days (festival) and Shrewsbury Folk Festival before heading into the studio in Berlin to start work on recording their third album. 2013 saw the group touring Germany supporting Ina Müller before embarking on their own US tour playing across the country, including The Birchmere in Virginia, Four Corners Folk Festival in Colorado and Sisters Folk Festival in Oregon. Little Wild Life, the third studio album, was released in Sweden in October 2013 before a Europe-wide release in early 2014. In 2014 the sisters moved from Europe to the US and were based in Nashville, TN until they landed a record deal with Warner Bros. in September 2014, then relocated to Los Angeles, CA. The band is currently working on their 4th studio album whilst touring in Europe and North America. Baskery opened up for Robbie Williams on his “Let Me Entertain You Tour” in early 2015.

Baskery: Sick Of The Remedy

Baskery: Sick Of The Remedy Lyrics: