Ayanna is an English folk and soul singer, songwriter and cellist who has been nominated for a 2012 MOBO Award. A performer of extraordinary versatility, her live shows are intimate journeys that chronicle her experience as a woman in the 21st century. In 2011 Ayanna released ‘Truthfully’ – an EP produced by 4hero’s Marc Mac and 2013 will see the release of a full album of original work produced by Adem. She has worked with a plethora of UK and international artists including Kronos Quartet, Dutch trumpeter Diederik Rijpstra, Chinese folk artist Xiao Juen, Australian Indigenous musical force Black Arm Band, UK saxophonists Courtney Pine and Jason Yarde, guitarist Nitin Sawhney and singer-songwriters Gwyneth Herbert, Nick Mulvey and Boo Hewerdine. In 2011 she performed in Jazz Voice, the London Jazz Festival’s opening night gala, alongside Michelle Dockerty, Gregory Porter, Ian Shaw, Lucinda Belle, Shingai Shoniwa and the London Jazz Festival Orchestra conducted by Guy Barker. She has also played opposite sensational Cuban pianist Roberto Fonseca, Jack DeJohnette and Sibongile Khumalo’s project Intercontinental and the legendary South African trumpeter and activist Hugh Masekela. A recipient of many awards and prizes, Ayanna is the first non-American to win the legendary Amateur Night at the Apollo Theater in Harlem and is one of only a handful of people to win with an original composition. This year, she received a Musicians Benevolent Fund Special Commendation Award, is a PRSF Women Make Music Award and is also a featured composer on the London Symphony Orchestra’s Soundhub scheme 2012-13. As an arranger and orchestrator Ayanna has worked with the London Symphony Orchestra on ‘Belief!’ a concert featuring Hugh Masekela, the BBC Symphony Orchestra on Urban Classic (2012) conducted by Jules Buckley and featuring Ms. Dynamite, Skepta, Fazer and Devlin and was also the assistant orchestrator on the original Urban Classic (2006) which brought together leading UK Grime artists and the BBC Concert Orchestra conducted by Charles Hazlewood. Ayanna has had an impressive musical education and graduated with a First Class Degree and the Vivian Prindl Outreach Prize for the Most Innovative Professional Skills Project from Trinity College of Music (London) where she studied composition with Alwynne Pritchard and classical ‘cello with David Kennedy. Throughout 2008 Ayanna was a participant in the London Symphony Orchestra’s Discovery Panufnik Young Composers Scheme which is designed to facilitate the development of orchestral writing for talented young composers and was also an Emerging Artist in Residence (EAR) at London’s Southbank Centre. In 2011, having won the Edward and Sally Van Lier Fund Scholarship, she completed a Masters of Music in Composition at the Manhattan School of Music (USA). 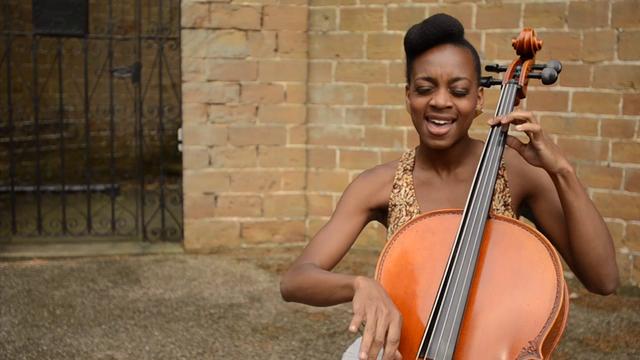