Augustines have just released their new single, “Cruel City”. This single marks the first we’ve heard from the band, previously known as We Are Augustines, since their 2011 debut Rise Ye Sunken Ships. The single just premiered on Spin who describes the single as, “The scrappy vitality of the Pacific Northwest indie-rock scene meets the type of gruff yet sophisticated rafter-raising you might expect from the National”. The move from Brooklyn to Seattle has brought some new influences for the band, while “Cruel City” still bears the trio’s original sound, there is an apparent African-rhythmic backbone to the new single. “Cruel City” will be featured on Augustines upcoming self-titled album due out.

Cruel City is the first single from our upcoming album, AUGUSTINES, due out January 21st, 2014.

Augustines are evolving and pushing forward. The evidence comes in the form of Cruel City, a song that sores with world beat influences, and a shimmering choral backing vocal. While the sound toys with form, Billy McCarthy’s raw, emotive vocals roots us in the heart of the song. There’s an effervescent, bright sonic quality here that is contagious. 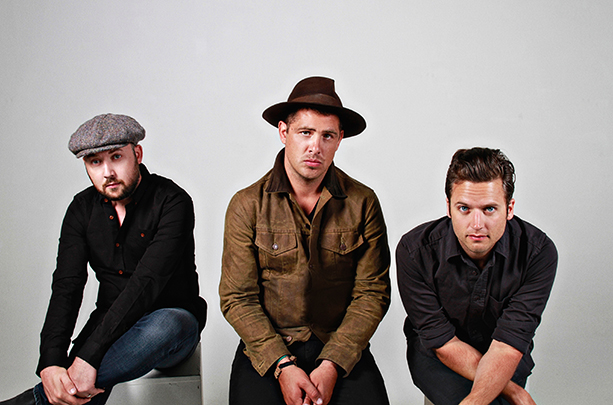