Assassin’s Creed Syndicate is a historical action-adventure open world stealth video game developed by Ubisoft Quebec and published by Ubisoft. It was released on October 23, 2015, for the PlayStation 4 and Xbox One, and will be released on November 19, 2015, for Microsoft Windows. It is the ninth major installment in the Assassin’s Creed series, and the successor to 2014’s Assassin’s Creed Unity. Set within London in 1868 during the Industrial Revolution, the story follows twins Jacob and Evie Frye as they navigate the corridors of organized crime during the Victorian era and fight against the established order, controlled by the Templars. The game retains the series’ third-person open world exploration as well as introducing new traveling systems and refined combat and stealth mechanics. Unlike its direct predecessors but like the first two main games in the series, Syndicate does not feature any multiplayer gameplay. Assassin’s Creed Syndicate marks the first time in the series where the player can freely switch between two different protagonists. It is also the first main entry in the series to feature a playable female protagonist; Assassin’s Creed III: Liberation featured a female protagonist, but that game is not a part of the main series. Male lead Jacob Frye is meant to be more of a hot-headed brawler, specialized in close combat, while his twin sister Evie is strong in stealth and relies on her intelligence and wit. Wikipedia®. 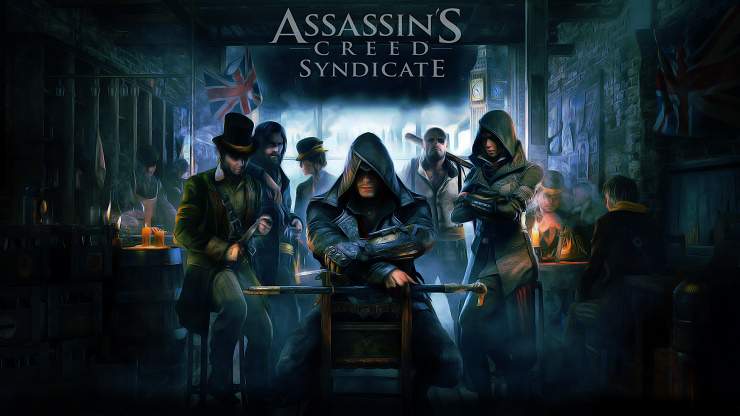