Ahead of their anticipated second EP ‘MEMO’, London-based alternative electronic outfit Archivist returns with ‘Wild Hope’, a harmony of moody and glowing electronica. With an indie electronica sound recalling Kid A-era Radiohead and Gorillaz, ‘Wild Hope’ blends a beautiful palette of silky analogue sounds with haunting vocals, in a track which surges with alternating tension and bliss. The glitchy video starts with a view across a school playground in Deptford. The dusky video footage has an atmosphere of entrapment, enclosed in the confines of an abandoned Victorian school – with contrasting psychedelic overlays and images of an artist’s blank canvas. 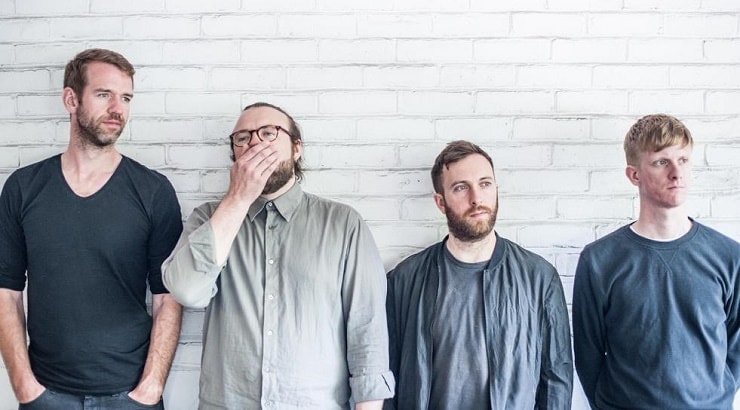 Ed explains… “I was living in this crumbling old school in Deptford, without any heating or creature comforts save the mice… just writing the record. It was quite grim at times but at the same time I found hope there. I wanted to capture the idea that hope can be found in the darkest and seemingly most hopeless of places or situations if it needs to be”. Since Archivist’s first release, founding member Ed Begley has expanded the live show to include a host of experienced musicians who have individually worked with the likes of Blur, Questlove, The Invisible and Ghostpoet. The union of these like-minded musicians yields a sound with huge pop sensibilities and a definitively British experimental sound that has ethereal, independent flare – with powerful glistening synths, intricate drums, evocative falsetto vocals and heavy grooves.

After receiving widespread acclaim from Noisey, Dummy, The 405, Q Magazine and more for the self-titled debut EP, new singles ‘Everything is Wanted’ and ‘Same High’ have taken the quartet’s sound to another level described as “encapsulating” (1883) and “upliftingly beautiful” (The Red Bulletin) and one that “seems to occupy a universe of its own” (Clash). Archivist take to stage for a special showcase at Rich Mix, London as part of Serious Space festival on 16th May. This will be the first live performance following the release of ‘MEMO’ on 12th May and a wondrous opportunity to witness these prolific performers and hear the record played live.