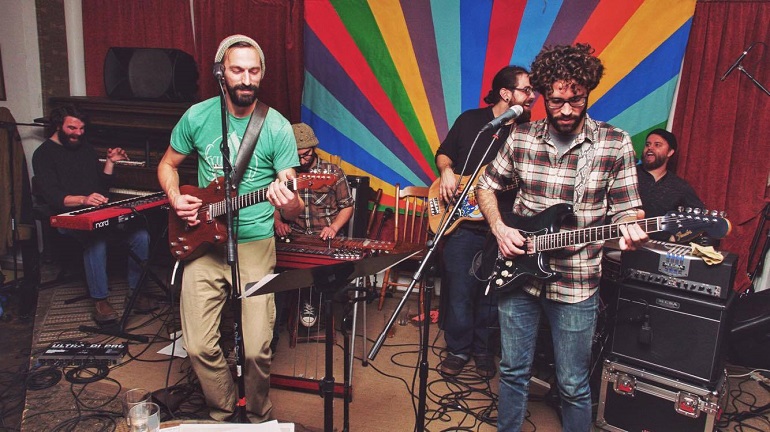 Andicus – Bullet Train
Bullet Train is about the difficulty of love and relationships, especially when distance is involved. The bullet train represents the desire to be with the one you love QUICKLY!:) “I wish there was a bullet train to take me to you!”

Andicus is the music of Columbus Ohio native, Andy Kuss. Starting with folk music as an 8 year old playing his grandfather’s ukulele, Andicus quickly picked up the guitar at the age of 10 or so and was writing songs by the age of 12. Developing a style of playing along the way through a mix of learning styles ranging from primarily thousands of hours of listening and playing by ear, to private classical guitar lessons, Jazz guitar lessons and participation in Miami University’s Jazz ensemble, and Steel Drum band. Along the way Andicus has participated in the creation of original Bluegrass music, Hip-Hop, Funk, Math-rock, Blues, R&B and most recently Pop music as he has learned to meld his various influences into a unified sound that projects a positive and uplifting message out into the world. Win Win World is the title track from Andicus’s Debut Solo Album slated for release in early 2017, and with close to 50 original songs to his name we will all see a lot more from Andicus in the months and years to come.