Amor Kismet – Radar. When people ask, “How long have you been together?” Erika, Crystal, and LJ always say, “Forever.” Since they were 3, 4, and 7 years old, the Atlanta-based sisters of Amor Kismet, have been singing, writing, and playing together. Throughout the years, Amor Kismet have honed their performance skills, playing acoustic guitar and congas, and singing at countless open mics and festivals. Inspired by artists such as Selena, Sade, Michael Jackson, Bob Marley, and Aaliyah, Amor Kismet aims to write timeless songs that transcend genres. Amor Kismet recently won #FlashUnsigned, a Twitter competition hosted by Bill Werde (Billboard, Rolling Stone) to spotlight unsigned acts. He commented, “Three gorgeous sisters sing like angels with ton of personality. Unsigned? Not for long…Thank me from the stage when you win your first Grammy.”

Since then, the industry has taken notice. BET named Amor Kismet as one of the most promising new acts in music and selected them to perform at this year’s BET Experience. Shortly after, the girls made their NYC debut at the legendary SOB’s. Now, Amor Kismet is ready to give people a taste of their unique sound, which combines pop, R&B, neosoul, dance, and world music influences. The Love EP marks their first release of recorded music. All four songs were co-written by the girls and Michael Dean, and produced by Bill Zimmerman. Amor Kismet is ready to see where fate takes them in the next step of their musical journey…

After winning critical acclaim from Billboard editor and Rolling Stone contributor Bill Werde and being selected by BET as one of the most promising new acts in music, The Trio, AMOR KISMET’, debuts “The Love” EP. With influences from Aaliyah and Rihanna, AMOR give you an amazing project that flow RnB, Pop and Reggae together for you to engulf yourself in love and the party lifestyle. On this diverse, 4 track EP, AMOR truly shows that they are a group that will become known nationwide and globally. 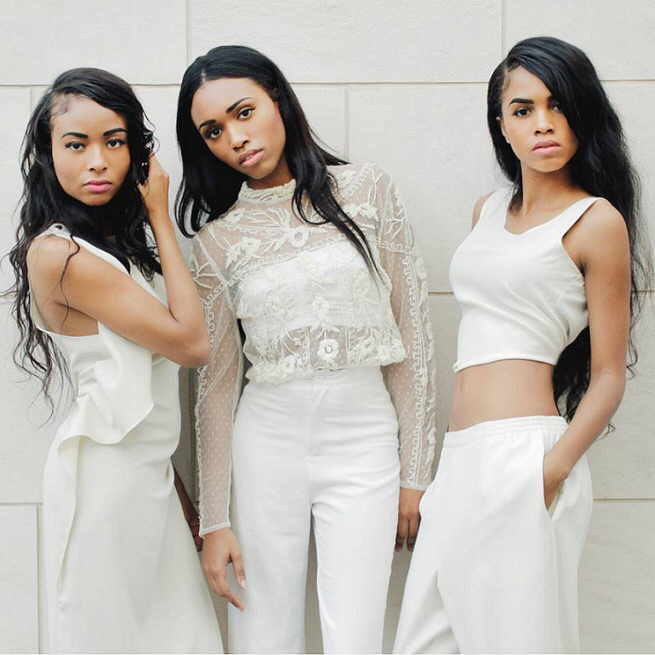