Yamantaka // Sonic Titan is a Canadian experimental music and performance art collective. Formed in Montreal, Quebec and currently based in Toronto, Ontario, the group’s core members are Ruby Kato Attwood and Alaska B, with supporting members including John Ancheta on bass and acoustic guitar, Ange Loft and Walter Scott on vocals, Shub Roy on guitar, Brendan Swanson on keyboards, Alana Ruth on lights, Daniel Ellis and Chase Lo as dancers and Aylwin Lo as a projectionist. The group was originally conceived while Kato Attwood and Alaska B were art students at Concordia University, as an art project based around exploring and subverting the cultural signifiers of their shared Asian Canadian heritage; both are of mixed Asian-European heritage, and were previously members of the defunct Montreal noise rock band Lesbian Fight Club. They developed a music and performance style that incorporated aspects of Asian C-pop and J-pop, progressive rock, heavy metal and industrial music, as well as Buddhist philosophy, anime and manga, Chinese opera and Kabuki and Nôh theatre. They present two distinct versions of their work, one conceptualized as a large scale theatrical performance art project and one recast as a touring rock band, and describe their style as “Noh-wave”, a pun on Nôh theatre and the No Wave style of experimental underground music. Their first theatrical work, a drag rock opera called 33, premiered at Toronto’s Buddies in Bad Times theatre as part of the 2012 Rhubarb Festival, while their rock band show has appeared at several venues in 2012, including the All Tomorrow’s Parties and NXNE festivals. The duo released an album, YT//ST, on Montreal independent label Psychic Handshake in 2011. The album was named as a longlisted nominee for the 2012 Polaris Music Prize on June 14, 2012, and to the shortlist on July 17, 2012. The album was rereleased on Paper Bag Records in 2012. Wikipedia®. 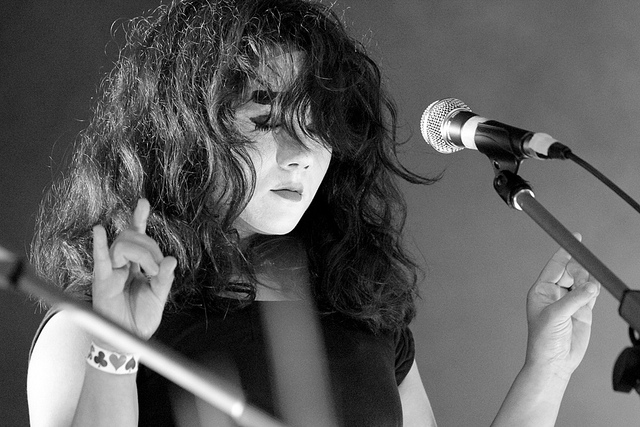