Xenonauts is an strategy turn-based tactics science fiction video game in development for Microsoft Windows, Mac OS X and Linux. It is the maiden title of Goldhawk Interactive, a London-based independent game studio, in development since 2009 and due for release in late 2013 / early 2014. The player takes the role of the commander of a clandestine organization known as the Xenonauts, attempting to defeat an alien invasion of Earth in the alternate history year 1979. The game is inspired by 1994’s UFO: Enemy Unknown. Wikipedia®. 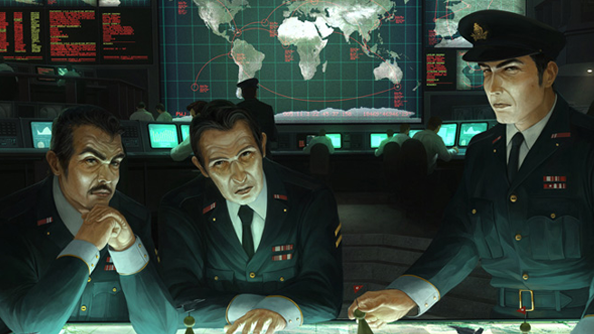 For humanity, a glimmer of hope remains – if they can withstand the attacks long enough unravel the secrets of the alien aggressors, the Xenonauts may find yet a way to defeat the alien invasion. Should they fail, millions of years of human history will be brought to a close in mere months. Xenonauts is a strategy game in which you control a multi-national military organisation defending a Cold War-era Earth from alien invasion, using small squads of persistent soldiers to eliminate the extraterrestrials and recover their technology in turn-based ground combat. A detailed strategic layer allows you to co-ordinate the defence of the planet, using your interceptors to shoot down UFOs and researching captured artefacts to learn about your foes and unlock new combat equipment to use on your missions. Xenonauts is a spiritual successor to the classic X-Com strategy games from the 1990s. We aim to improve the graphics, add new content and streamline the interface whilst still retaining all of the key mechanics of the original games. Devoted fans should love this game, but we’re also keen to introduce the joys of old-school grand strategy to a whole new generation of players who might not otherwise experience it!

Xenonauts Trainer (+3) Options:
Trainer for the adventure game Xenonauts, you can use it to activate these essential cheat Codes: Inf movement in battle, add a mechanic +1000, item sale/move +1000. Note: This cheat tool is for the original version v0.19 of the game Xenonauts.