The Wyld (formerly known as “The Wild”) are an New Zealand indie rock band, formed in 2010 by Mo Kheir, Brandon Black and Joe Pascoe, who have remained constant members. Commonly referred to as a hip-hop, rock or Indie rock band, they are also considered of rap. Since their formation, The Wyld have attracted a flurry of attention, drawing international interest from music blogs such as Pigeons and Planes, MTV Iggy and Cassette Couture. The Wyld began with Mo Kheir and Joe Pascoe when first meeting at university in 2007 when they were studying architecture. They later joined up with Brandon Black two years later at an electronic music jam night hosted by Marty Rich of fellow Auckland outfit Jupiter Project. The band started as just jamming around. They all had their own specific tastes in music; but decided to come together and create a radically different sound in an effort to push boundaries and change things up. They initially began as bedroom producing, where it was just messing around, jamming on tracks they liked, covering, and doing open mic nights. Revolution was the first single that spread their name across the online world and it’s still a cornerstone of The Wyld’s now signature fusion of opposing genres. The track earned praise from MTV Iggy in the United States and was subsequently synched to United States TV show 90210. Singer Brandon Black, guitarist Joe Pascoe, and rapper Mo Kheir released their debut album on 29 June 2012 called ‘Preface’. The band played at the Loft at Q Theatre to celebrate the release. Moving on from lable, Dryden Street, the band’s versatility had attracted the interest of major sponsors like Red Bull, who had them into a major forthcoming campaign; The Wyld went into the Red Bull Studios in August 2013 to begin recording their first EP called Abstract. Wikipedia®. 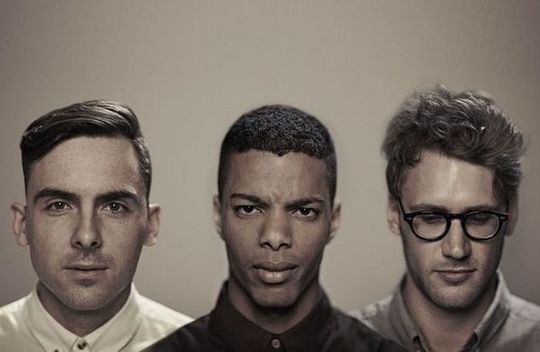