“Winchester ’73” is a 1950 American Western film directed by Anthony Mann and starring James Stewart, Shelley Winters, and Stephen McNally. Written by Borden Chase and Robert L. Richards, the film is about the journey of a prized rifle from one ill-fated owner to another and a cowboy’s search for a murderous fugitive. The movie features early film performances by Rock Hudson as an American Indian, Tony Curtis, and James Best. The film received a Writers Guild of America Award nomination for Best Written American Western. This is the first Western film collaboration between Anthony Mann and James Stewart. It was filmed in black and white. Wikipedia®.

Anthony Mann’s edgy, psychological western features a powerful performance by Jimmy Stewart as a man obsessed. In the old west, cowboy Lin McAdam wins a valuable Winchester 1873 repeating rifle in a shooting contest–which his brother instantly steals. This leads to a rousing series of adventures for McAdam, as he attempts to track down the weapon, which passes through the hands of a number of dangerous people. Meanwhile, Lin also must deal with the cold-blooded murder of his father. Seeking vengeance, the cowboy sets out to find the killer. And when he does, the two men match skills in a violent, deadly showdown. 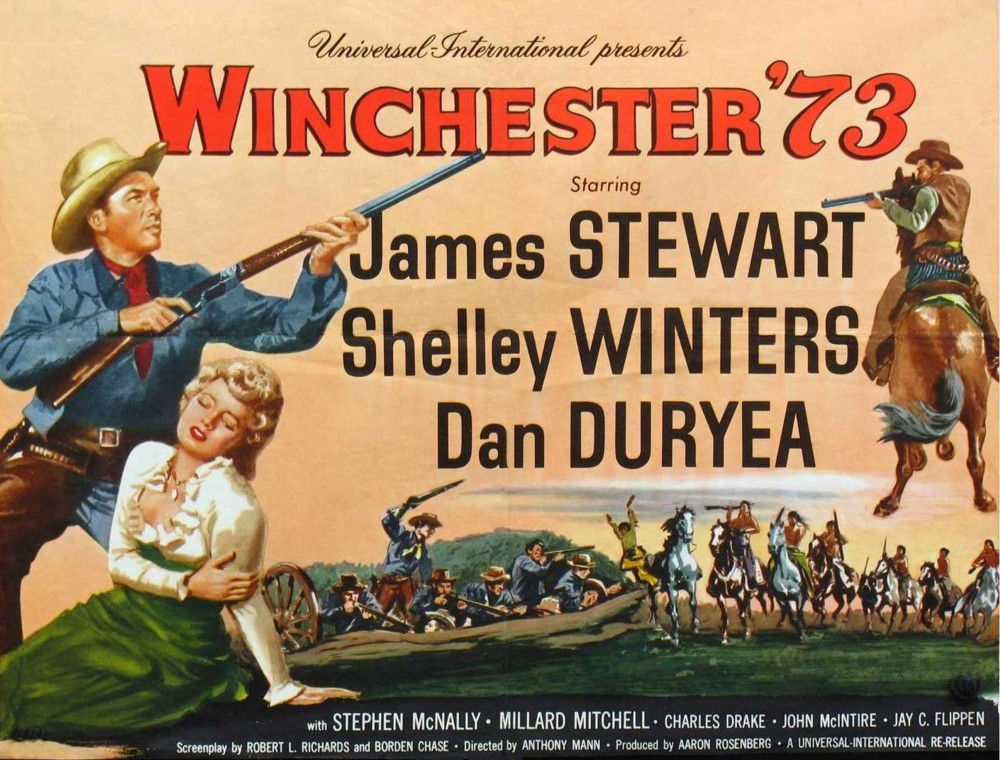