Skip to content
Home » Trainers » Way of the Samurai 4 Trainer

Way of the Samurai 4 is a video game developed by Acquire and published by Spike for the PlayStation 3. It was first released in Japan on March 3, 2011. The game offers a mix of story, combat and event scenes. An English version was announced on January 19, 2012 by Rising Star Games. The release of the game in Europe was on October 5, 2012. On April 4, 2012, XSEED Games published the game for the U.S. as a downloadable title on PlayStation Network with a release date of August 21, 2012. The game was initially a PlayStation 3 exclusive, however the game was later released for Microsoft Windows by Ghostlight on July 23, 2015. The game is set in a fictional port town called Amihama in 1855. Players can create their own samurai and choose to align themselves with one of three factions: the pro-government forces, the anti-government rebels seeking to repel foreigners, or the British Navy stationed in the city to negotiate a peace treaty. Wikipedia®. 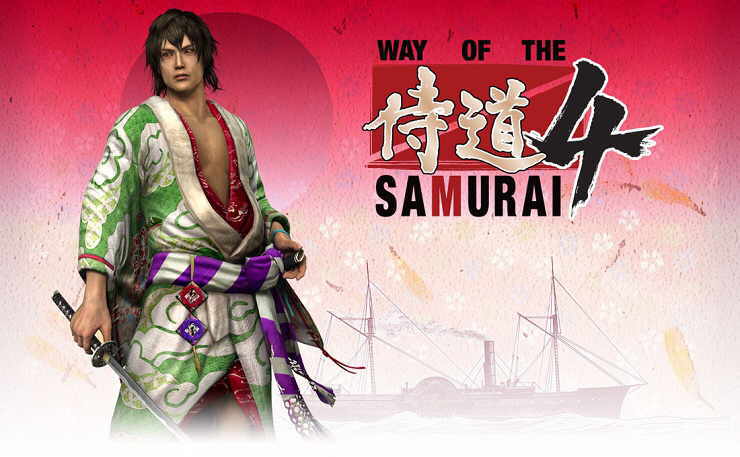 Torture chambers, naughty midnight missions in the dark and all the brutal slaughtering you can handle await in this sandbox-style samurai period action game. Admiral Perry has just opened Japan’s borders to the British, allowing for a long-overdue globalization process to begin. Unfortunately, one of the open ports happens to be a modest Japanese burg called Amihama, where a resistance group known as the “Disciples of Prajna” have taken up arms against the arriving foreigners and all who support them. As a lone samurai who’s just arrived amidst the chaos, it’s up to you whether you want to join forces with the Prajna resistance, fight alongside the foreigners in the name of progress or take your stance somewhere between the two by supporting the local government’s attempts to quell the violence (through any means possible).

Way of the Samurai 4 Walkthrough