Warriors Orochi 4, released as Musō Orochi 3 in Japan, is a 2018 hack and slash video game developed by Koei Tecmo and Omega Force for Microsoft Windows, PlayStation 4, Xbox One and Nintendo Switch. First announced on March 2018, it is the fifth installment of the crossover series Warriors Orochi, a combination of the Dynasty Warriors and Samurai Warriors series. The story of Warriors Orochi 4 is depicted in a set of 70 missions, spread out over 5 chapters. Players with a demo version of the game (only available for PlayStation 4) may play the first 10 missions (encompassing the entirety of the first chapter and four missions of the second), and have access to 30 characters. As in Samurai Warriors 4, each mission has optional objectives that may be completed for greater rewards, with the highest rewards being given to those who complete all of the objectives on the highest difficulty level. Picking up from the ending of Warriors Orochi 3: Ultimate, the heroes of the Three Kingdoms and Sengoku periods go about their lives after their return to their respective time periods, having forgotten all of their exploits in Orochi’s dimensional world. However, Zeus, the Greek god of thunder, has a goal in mind and decides to bring all of them back into the dimensional world. Wikipedia®. 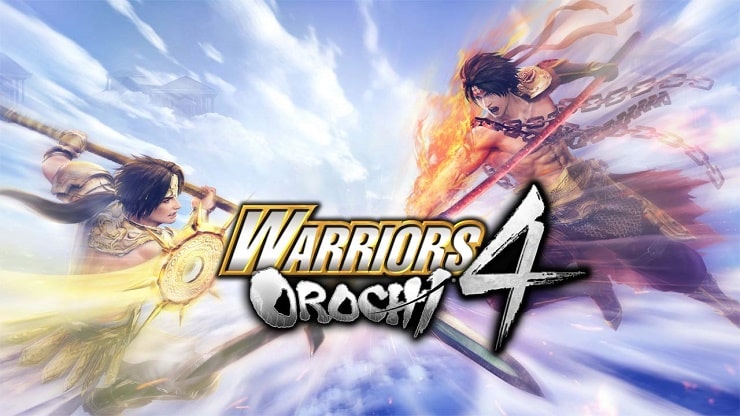 Features of WARRIORS OROCHI 4 – A dream collaboration starring heroes from DYNASTY WARRIORS and SAMURAI WARRIORS! Heroes from across the Warring States period of Japan and the Three Kingdoms era of China successfully defeat the evil Orochi and end his reign. After overcoming their desperate struggle to save the world, our heroes return to their respective eras – or so they think. – 170 playable characters – the most ever for the WARRIORS series! Experience Warriors Orochi 4’s narrative through the eyes of 170 characters. 165 returning from across the Dynasty Warriors, Samurai Warrior and Warriors Orochi universes – with five new characters joining the roster. – Introducing “Magic” to the series, you can now experience even more thrilling and intense Musou Action! All-new additions with characters being able to cast powerful magic abilities to wipe out their foes. Combining weaponry and magic can lead to devastating attacks which will stop enemies in their tracks.