While Los Angeles-based electronic duo Vindata are often associated with EDM producers such as Skrillex and A-Trak, their dreamy, stargazing tunes have more in common with the likes of ODESZA and Slow Magic. Branden Ratcliff and Jared Poythress began producing hip-hop and R&B tracks before becoming infatuated with electronic dance music after hearing Justice’s debut album. The duo’s 2011 single “Night Sky” offered a cosmos-glancing take on Ed Banger-style electro-house, and created a minor buzz in EDM circles. 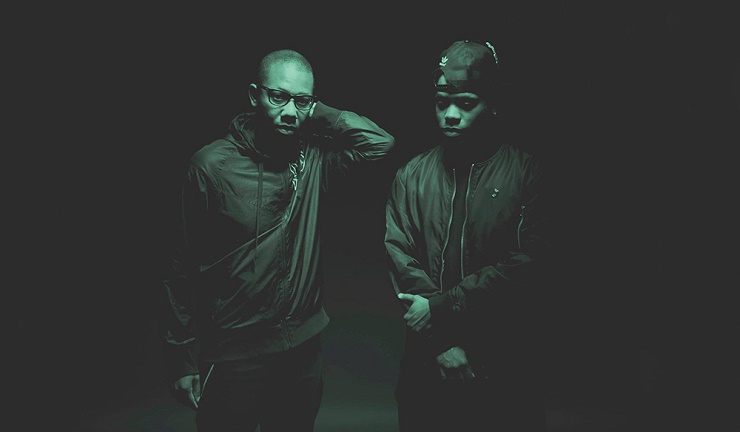 Over the next few years, the duo refined its sound, moving away from hard, buzzing dance tracks and heading toward a more contemplative downtempo sound influenced by R&B and trap, with rich, sensuous melodies and heavily detailed production. After remixing ODESZA’s “Without You” in 2013, Vindata released their first EP, For One to Follow, in 2014, as well as the single “Where You Are” in collaboration with Sweater Beats and Bella Hunter.

These releases (and particularly the EP’s leadoff track, “All I Really Need”) attracted the attention of several big name EDM DJs, leading to appearances at many music festivals as well as remixes for Ellie Goulding, Alex Metric, A-Trak, and Skrillex and Diplo’s collaborative project Jack Ü. Vindata signed to Skrillex’s OWSLA imprint in 2015, contributing their track “Continuum” to the label’s spring compilation, followed by the duo’s second EP, Through Time and Space…, in August. ~ Paul Simpson

Vindata: Can’t Say No Ft. Chuck Ellis Lyrics:
I woke up with a message from you
There’s a lot that I could say
But I’m not so ready to open this
Not feeling so steady right now
You come and call out my name like you know it
You come and say we’re the same we’re just older
I know it’s wrong
I feel it strong
But I can’t say no
Tie me up
Take my time
Loving you violently
Follow me
Or do you wanna leave
Showing me silently
I know you gotta take a chance for good
And I can’t say no
After all it’s a lesson I choose
That I won’t push you away
But I’m not so ready to reminisce
Your voice is unsettled somehow
Know we’re playing a game that we can’t win
Sinking low in the sand that we stand in
It’s been so long
Since we’ve been on
But I can’t say no