Maurice “Verse” Simmonds has music coded in his DNA. The in-demand singer-songwriter has developed his artistry over the years as a songwriter for Jay Z, Kanye West, Justin Bieber and Chris Brown, honing his skill as a scribe while finding his voice as a solo musician, scoring several chart hits with cuts from his Sextape Chronicles series including “Boo Thang” featuring Kelly Rowland and “Buy You a Round (Up and Down)”— just a taste of his unique brand of R&B. “If a song has the right message, it has the ability to change the world,” explains the Grammy-nominated Simmonds, who’s been penning songs since he was in grade school. “I can’t wait to change the world with my music.” His next project, Sextape Chronicles 3, promises to be his most ambitious project to date. Releasing independently in September, the project has already spawned the Complex-premiered single “Situationships,” a smoldering mid-tempo anthem where he pledges allegiance to a lady. Releasing in August 2015, the EP, which features guest appearances from Chris Brown, Ty Dolla $ign and K Camp, ramps up and slows down, capturing the fervor of the club and the sensuality that comes with intimacy. At once, his songs are personal and universal, sprinkling EDM synths on “Complicated” and trading vocals with Jeremih on the slinky booty-dropping “All I Want.” “Everyone will see my growth as an artist throughout the years,” he says of the release, his first after a two-year hiatus to focus on slinging songs for himself and others. 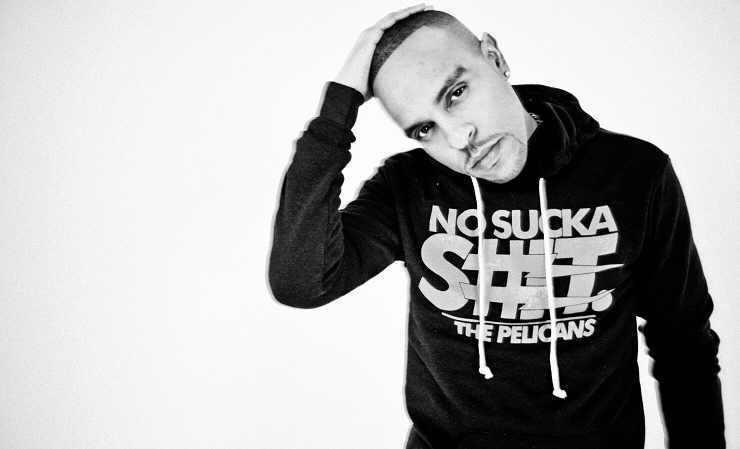 “I want to be that person that people look at in songwriting, where they can listen to my music and get a whole story out of every word that means something.” For Simmonds, that’s been the mission since his days spent growing up in the Virgin Islands. Though his parents weren’t into music, he soaked up the sounds of local Soca, dancehall and reggae, supplementing his playlists with import artists like Jay Z, Nas, and Babyface. Without formal training, he turned to the radio to study song structure and poetry, looking at the industry as a competitive arena. “It’s something that’s always been natural for me,” he says, “just watching other performers and getting better, trying to beat that.” After graduating from high school, he became a self-proclaimed “nomad,” moving from Florida to Los Angeles to Atlanta. Along the way, he met producer Sak Pase (Rihanna, Nicki Minaj) and formed a musical alliance, progressing their sound and building their portfolio with up-and-coming artists. In 2009, Interscope co-founder Jimmy Iovine signed Simmonds to the label in partnership with super-producer Rodney Jerkins (Beyonce, Michael Jackson) following the breakout success of “Buy You a Round.” After a few years on the imprint, he moved to Def Jam through Akon’s Konvict Muzik, but ultimately decided that operating outside of the major label system was the best creative approach. High-wattage collaborations with R. Kelly as well as Jay Z and Kanye West followed, earning him a Grammy nod in 2012 for his work on Watch the Throne thanks to his writing on standout “Who Gon Stop Me.”

Now, with the freshly launched lifestyle destination VVSSociety.com and numerous placements on Usher’s upcoming LP, Simmonds is reveling in his artistic freedom, ready to once and for all show listeners the heights he’s capable of reaching. “I want people to say that the way he puts it together, he tells a story and you feel the message and the energy behind it,” he says. “It’ll make you smile or make you cry, you know?”