Vampyr is an action role-playing game played from a third-person perspective. The player controls the game’s protagonist Jonathan E. Reid, a doctor who was made into a vampire, and whose thirst for blood compels him to kill innocent people. To do this successfully, he must gather information about his targets—study and change their habits, collect clues, and maintain certain relationships by communicating with the sixty inhabitants of London, which serves as a fictionalised semi-open world built around hubs of seamless neighbourhoods tethered to other interlinking areas. It is possible to finish the game without taking a life, which best preserves the character’s cover as a doctor but leaves him nearly incapable of levelling up. Killing no one unlocks one of four different endings. There is a skill tree that facilitates improvement of abilities, which is fuelled by experience points gained from blood and, alternatively, investigation. The branches of the skill tree concern shadow, instinct, and social abilities. Wikipedia® 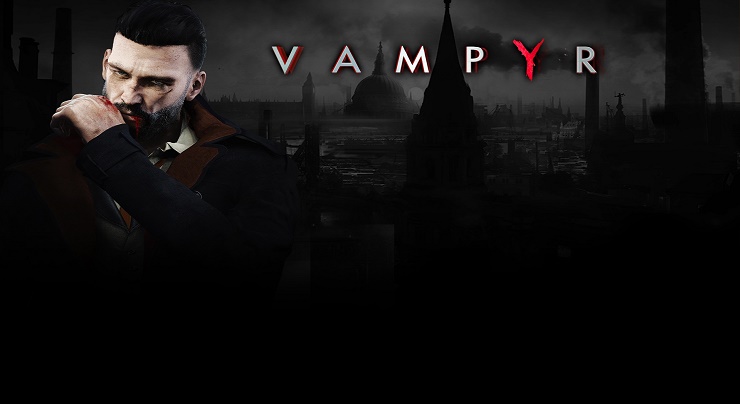 London, 1918. You are newly-turned Vampyr Dr. Jonathan Reid. As a doctor, you must find a cure to save the city’s flu-ravaged citizens. As a Vampyr, you are cursed to feed on those you vowed to heal. Will you embrace the monster within? Survive and fight against Vampyr hunters, undead skals, and other supernatural creatures. Use your unholy powers to manipulate and delve into the lives of those around you, to decide who will be your next victim. Struggle to live with your decisions… your actions will save or doom London.