Vampire Academy is an American best-selling series of six young-adult paranormal romance novels by author Richelle Mead. It tells the story of Rose Hathaway, a seventeen/eighteen-year-old Dhampir girl, who is training to be a bodyguard for her Moroi best friend, Vasilisa “Lissa” Dragomir. In the process of learning how to defeat Strigoi (the evil undead vampires) in St. Vladimir’s Academy, Rose finds herself caught in a forbidden romance with her instructor, Dimitri Belikov, while having an unbreakable bond with Lissa. The first book in the series, Vampire Academy, was published in 2007; it was followed by Frostbite in 2008. The third book in the series, Shadow Kiss, was published in 2008. The fourth book, Blood Promise was published in 2009. The fifth book, Spirit Bound, and the sixth book, Last Sacrifice, were released in 2010. As of 2013, the series has sold 8 million copies in 35 countries. In 2010, a film based on the first book in the series, Vampire Academy, was announced. In February 2013 Zoey Deutch, Lucy Fry, and Danila Kozlovsky were announced as part of the cast. Filming is set to begin in summer 2013 and it is scheduled to be released February 14, 2014. Wikipedia®.

Based on author Richelle Mead’s worldwide bestselling series, VAMPIRE ACADEMY tells the legend of Rose Hathaway (Zoey Deutch) and Lissa Dragomir (Lucy Fry), two 17-year-old girls who attend a hidden boarding school for Moroi (mortal, peaceful Vampires) and Dhampirs (half-vampire/half-human guardians). Rose, a rebellious Guardian-in-training and her best friend, Lissa — a royal vampire Princess – have been on the run when they are captured and returned to St.Vladamirs Academy, the very place where they believe their lives may be in most jeopardy. Thrust back into the perils of Moroi Society and high school, Lissa struggles to reclaim her status while Rose trains with her mentor and love-interest, Dimitri (Danila Kozlovsky), to guarantee her place as Lissa’s guardian. Rose will sacrifice everything to protect Lissa from those who intend to exploit her from within the Academy walls and the Strigoi (immortal, evil vampires) who hunt her kind from outside its sanctuary. 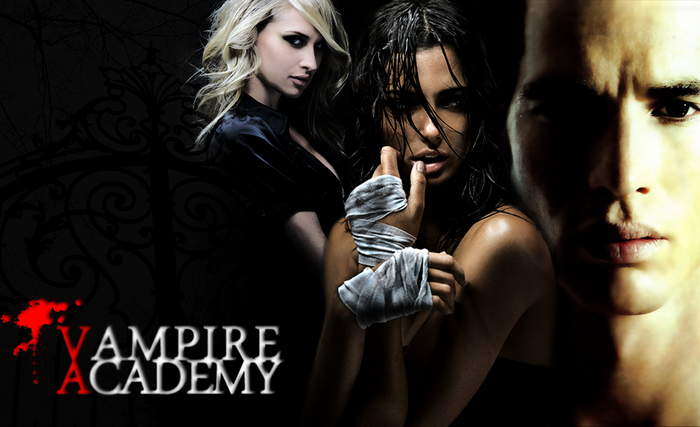