From the bluesy swagger of the album opener “Hollywood Hollows” to the soaring, Washington Irving inspired anthem “Equestrian,” it is evident that MIRRORS, the debut full length from U.S. Royalty, is an album of grand scope and range. It is a document of exploration and discovery. Songs kindle a spectrum of locales as the band laces a thread of longing and movement throughout the entire album to create a cinematic experience. MIRRORS is a cohesive and unified collection. “With this record we wanted to present a body of work, a complete thought,” says singer John Thornley. To achieve this, the band wrote and rewrote songs for a year, demoing and dissecting while on the road and at home. John continues, “Because we traveled for about a year and a half before we recorded the album, there is definitely a travel vibe to the record ” In March 2010, the band teamed up with engineer Gus Oberg (The Strokes, Albert Hammond Jr., Bloc Party) and Justin Long to begin recording the album. While in the studio, as a vision of the album began to come into focus, old songs were dropped in favor of new songs being written. The band recently released the first single off the album, “Equestrian,” and set a release date for the debut album, January 25th 2011. Shared experiences, traveling and playing together, informed the writing process as did a steady intake of Kubrick, Godard, McCarthy, and Spaghetti Westerns. The sun-bleached Ennio Morricone soundtracks factored heavily into the scope and range of MIRRORS as the band channeled the sense of epic drama his most memorable pieces evoke – those timeless studies in tension and release. U.S. Royalty formed in 2008 in Washington, D.C. Built around the lifelong musical collaboration of brothers John and Paul Thornley, vocals/piano and guitar, respectively, and rounded out by Jacob Michael (bass), and Luke Adams (drums), the group has refined and expanded their collective vision since their earliest practices spent shivering around a single heater while ensconced in an abandoned trailer in rural Maryland.   While the band had a collection of demos recorded mainly to book gigs they were approached by Brooklyn-based Engine Room Recordings to release a selection of the songs on a 7-inch entitled Midsommar. They have made appearances at SXSW, NXNE, Art Basel and CMJ. They have been featured in Esquire, SPIN, The New York Times, The Washington Post and highlighted on NPR. Their work with Gant Rugger has garnered them attention in the fashion world and created unexpected bridges in the blogosphere, their music has accompanied various web-based promotional films for the label, and the band members will be featured in the Swedish line’s upcoming 2011 Spring Collection. With the release of their debut album, U.S. Royalty delivers on capturing the volatility and explosiveness that define their live performances. While taking cues from the players of old, they treat performances as feverish outpourings of rock ‘n roll energy and emotion. For them, there is no reason not to leave it all on the stage every night as a testimony to the music that moves them. U.S. Royalty aims for the grand and the timeless but insists on the raw and the unplanned as they forge their own way in the current musical landscape. 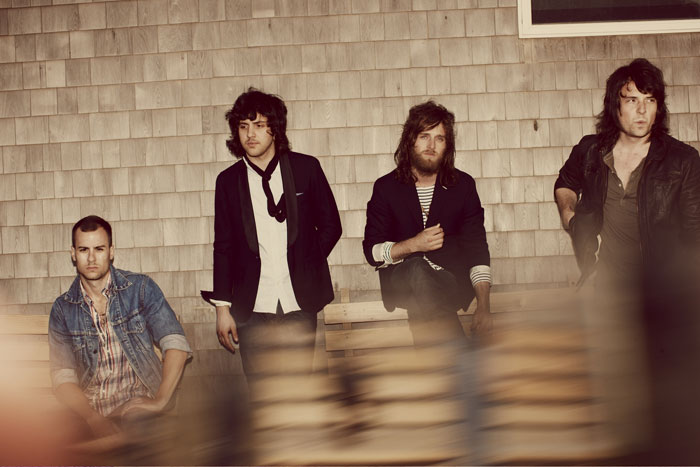