Formed in 2005, Portland, Oregon collective Typhoon crafts ornate, big-hearted indie rock anthems in the vein of Frightened Rabbit, Beirut, Arcade Fire, and Bright Eyes. Favoring complex, sometimes fragmented arrangements peppered with orchestral flourishes, the band, led by chief singer and songwriter Kyle Morton, released their eponymous debut in 2005, followed by the Dearborn Sessions EP in 2007, and Hunger and Thirst in 2010. In 2011 the band appeared on the David Letterman Show in support of their New Kind of House EP and the compilation album From Boy Gorilla and Beyond, and in 2013 the band released their most ambitious collection to date, the Roll Call-issued White Lighter.

Typhoon – Young Fathers Lyrics:
I was born in September and like everything else
I can’t remember
I replaced it with scenes from a film that I will never know

And I blinked it was over
I was thinking my life would get slower
That I would sort this shit out when I’m sober
It gets better now that you’re older
I read the scares on the front page
It says we’re waiting around for an ice age
It says our comforts, they come with a price tag

They cured the cancer but discovered a new plague

Now I’m as old as you were when you had me
Should I be afraid? Should I start a family?
Raise them in the wild ’cause up against the city
My love is such a small thing

When you’re young you’re hot
You have your whole life before you
Everyone will adore
You’ll grow up, you’ll be an astronaut
Or anything you want

What goes up, goes up in flames
And now your choices surround you
And decision confounds you
And you’re pacing around the place
Shows you everything you’re not

Never went to church, thought a song was going to save me
So I wrote a hymn on the guitar that you gave me
Singing what you spoke we built a fire just for smoking
You know hope is just a small thing 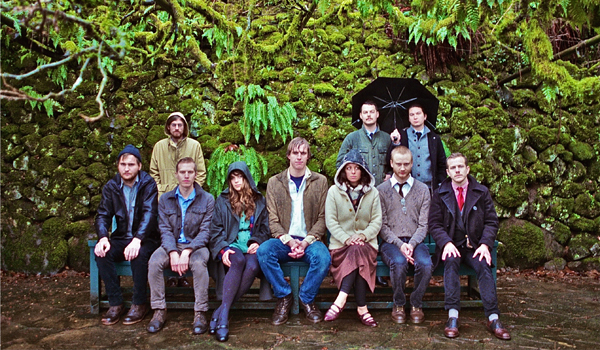