“Trance” is a 2013 British psychological thriller film directed by Danny Boyle and written by Joe Ahearne and John Hodge. The film stars James McAvoy, Rosario Dawson, and Vincent Cassel. The world premiere of the film was held in London on 19 March 2013. Although the description of the plot below is linear, it is not the only method of interpreting the time line. Washington Post writer Michael O’Sullivan describes Boyle as “playing fast and loose with reality.” Wikipedia®.

Simon (James McAvoy), a fine art auctioneer, teams up with a criminal gang to steal a Goya painting worth millions of dollars, but after suffering a blow to the head during the heist he awakens to discover he has no memory of where he hid the painting. When physical threats and torture fail to produce answers, the gang’s leader Frank (Vincent Cassel) hires hypnotherapist Elizabeth Lamb (Rosario Dawson) to delve into the darkest recesses of Simon’s psyche. As Elizabeth begins to unravel Simon’s broken subconscious, the lines between truth, suggestion, and deceit begin to blur. 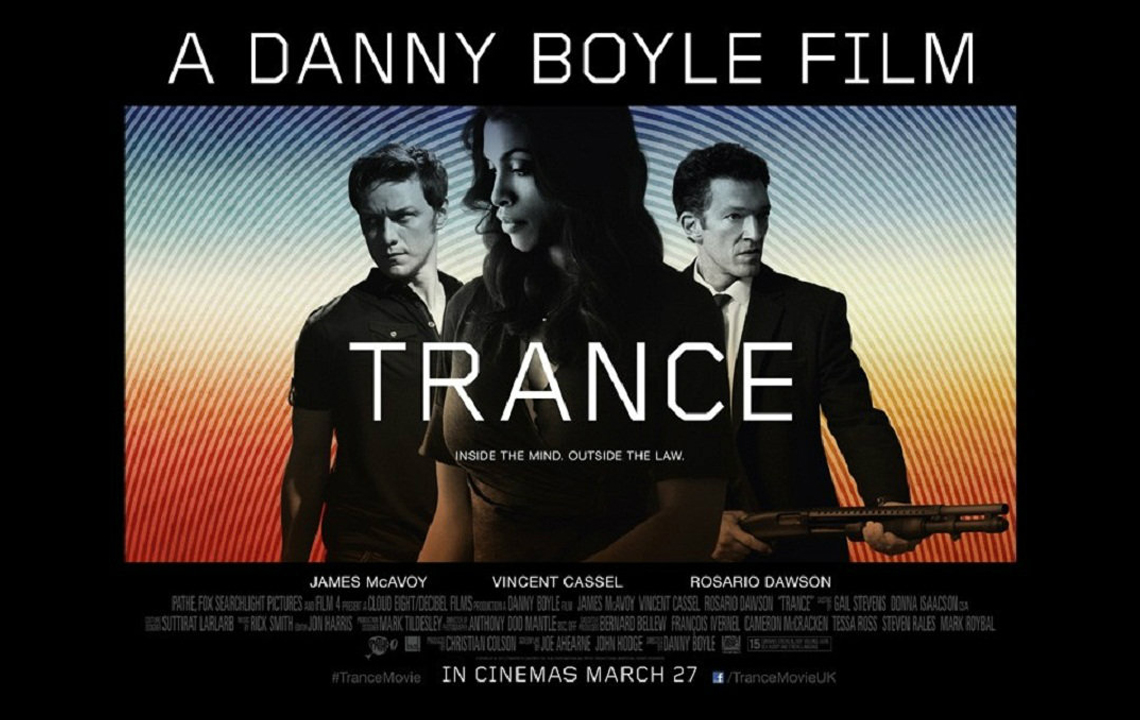