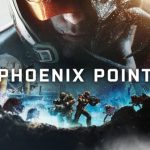 Phoenix Point is a strategy video game featuring a turn-based tactics system that is developed by Bulgaria-based independent developer Snapshot Games. It was released on December 3, 2019 for macOS and Microsoft Windows, with Xbox One and PlayStation 4 ports arriving in 2020. Phoenix Point is intended to be a spiritual successor to the X-COM series that had been originally created by Snapshot Games head Julian Gollop during the 1990s.... Read More » 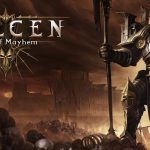 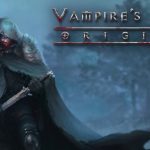 Vampire’s Fall: Origins is a mobile RPG. It can be fully be played to completion offline, requires little storage space and has neither forced adds nor paywalls. For an app of that size, it still offers an incredibly large playing field and a fulfilling story. Another key point is that it will NOT ask for your contacts, your location, or any of that stuff. See below if you want to... Read More » 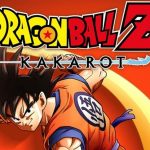 Relive the story of Goku and other Z Fighters in Dragon Ball Z: Kakarot! Beyond the epic battles, experience life in the DRAGON BALL Z world as you fight, fish, eat, and train with Goku, Gohan, Vegeta and others. Explore the new areas and adventures as you advance through the story and form powerful bonds with other heroes from the DRAGON BALL Z universe. 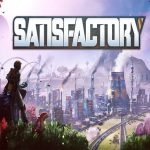 Satisfactory is a simulation game created by Coffee Stain Studios. It is a 3D first-person open world exploration and factory building game. As an engineer, the player is dropped onto an alien planet with a handful of tools and must harvest the planet’s natural resources to construct increasingly complex factories for automating all resource needs. The general goal is to build the Space Elevator and begin supplying the company the... Read More » 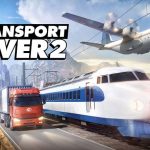 The classic transport simulation genre has a new gold standard with Transport Fever 2. Discover a whole new world by navigating transport routes through land, water and air. May progress and prosperity find their way! Provide the world with the transport infrastructure it needs and make a fortune with custom-made transport services. Watch your trains run on rails, your buses and trucks thunder along roads, your ships power through the... Read More » 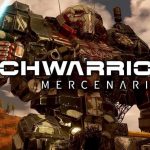 MechWarrior 5: Mercenaries is a BattleTech mecha game developed by Piranha Games and released on December 10, 2019 on Windows. It is the first single player MechWarrior game since 2002. It is an Epic Games Store exclusive, which, like other Epic Games Store exclusivity deals, has been met with criticism. It features raytracing powered by Nvidia RTX as well as DLSS. MechWarrior 5: Mercenaries is set in 3015 during the... Read More » 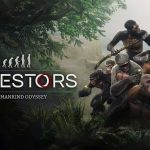 Ancestors: The Humankind Odyssey is a third-person survival game developed by Panache Digital Games and published by Private Division. It was released for Microsoft Windows on August 27, 2019, and scheduled for release on December 6, 2019 for PlayStation 4 and Xbox One. In the game, players control a lineage of primates and are tasked to ensure its survival in prehistoric Africa and facilitate its evolution. It is Patrice Désilets’... Read More » 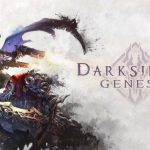 Darksiders Genesis is a top-down hack and slash action role-playing video game developed by American studio Airship Syndicate and published by THQ Nordic. The game was released for Google Stadia and Microsoft Windows on 5 December 2019, and for Nintendo Switch, PlayStation 4, and Xbox One in February 2020. It is considered a spin-off prequel game in the Darksiders series and introduces the fourth Horseman of the Apocalypse, Strife, as... Read More » 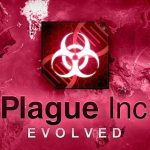 Plague Inc: Evolved is a real-time strategy simulation video game, developed and published by UK-based independent games studio Ndemic Creations. The game is a remake of the developer’s previous game, Plague Inc., for PC and consoles. In the game, the player creates and evolves a pathogen in an effort to destroy the world with a deadly plague. The game uses an epidemic model with a complex and realistic set of... Read More »