Toukiden 2 is the third main installment of the Toukiden series. It was first announced to the public on stage at the SCEJA Press Conference 2015. The series’s developers return. Kenichi Ogasawara is the general producer, Takashi Morinaka is the producer and Kazutoshi Sekiguchi is the director. Hidari continues to be the main character designer. Buy the game new to receive a redeemable code for Tenko armor sets. The Treasure Box edition features an artbook, a soundtrack CD, character clear files, and a code for Tokitsugu armor sets. The Gamecity and Amazon sets include the Treasure Box bonuses, Slayer key charms, two clear files, and a code for a Nyabraham Linnyahn Mitama. Other bonuses are being offered at various store outlets. 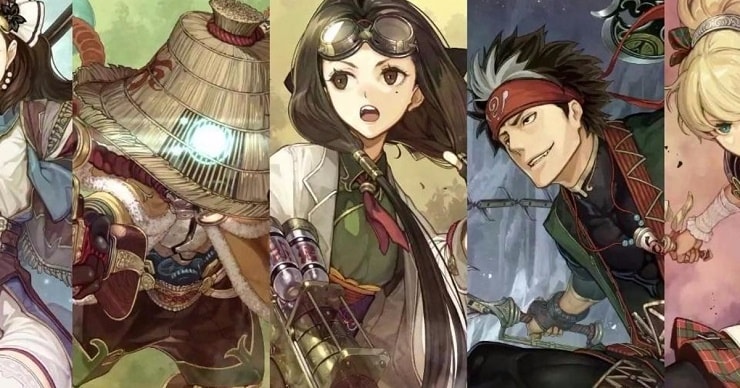 Japanese demon-hunting returns this June with another installation in the high-action Toukiden series – with much of the same hacking & slashing adored by fans, but now accompanied by something the series has been begging for: a beautiful open world map. As the hero of Toukiden 2 the player takes control of a warrior character known as a “slayer” who fought in the Twilight Yokohama Defensive War. In the midst of battle, he leapt forward 10 years and washed ashore in a village, leaving his memory behind. The open-world is inhabited by a number of demons known as “oni” that appear from a different world. If players encounter a demon they will be able to enter a fight with it. In fighting these oni the familiar combat mechanic of targeting specific body parts to weaken and destroy them is used, but has also received various strategic improvements. The foreign world that will becomes both a battlefield and home for players is an incredibly dangerous place, where their actions are limited and players must build bases — from towns buried in thick forests, temples in boiling lava, and fortresses floating in the sky — to secure their foothold before expanding forward. As a hunting action game it is only fitting that the familiar online multiplayer element remains in tact. Furthermore, a new type of co-op play is said to be planned.