An encounter with an amateur local musical was to be a formative experience for the ten-year-old south-west Londoner Thom Worth. The show instilled in him a love for performance and a desire to take to the stage himself. His mother eventually secured an audition for him with the theatre company and through that Worth took his first tentative steps into performance, spending many years performing in a variety of different lead roles. After training as an actor, Worth then became an autodidactic musician – teaching himself guitar, drums, bass and piano along the way. By age 16 Thom was writing music and consuming it voraciously as he made for himself a kind of curriculum of popular music. 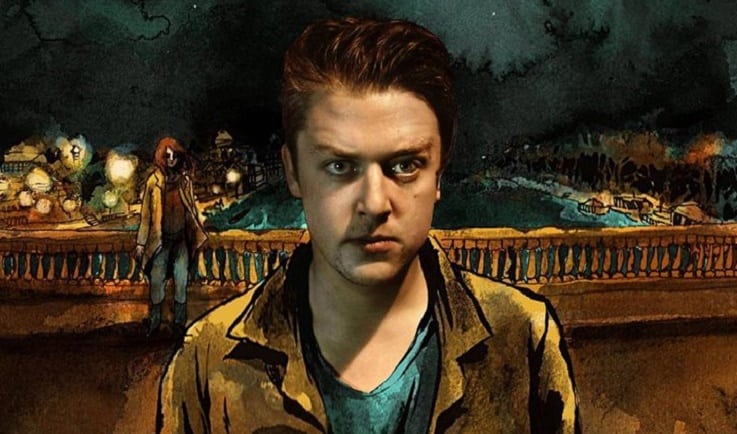 Locking himself in his room to sing along to the back-catalogues of artists like Bob Dylan, Neil Young, The Smiths, The Beatles, Bruce Springsteen, The Chili Peppers, Manic Street Preachers, Radiohead, Leonard Cohen, and Elbow, Thom developed himself as an artist to the point where he felt comfortable to launch his career. Still only at the start, Thom has nevertheless played at the IOW, Green Man and Victorious festivals. After collaborating with engineer and producer James Welch of Masterlink Productions, Thom released his first EP on March 2014 to a sold-out show at The Half Moon in Putney. Now Thom is poised for acclaim, his latest single ‘Oh! Lucinda’ is a pop masterstroke, and the sound of an artist reaching the height of their craft. With infectious writing like Thom’s there’s no doubt he cuts one of the more invigorating paths on the indie circuit today.

With it’s floaty slacker riffs and sugar sweet melodies, Thom Worth’s new single ‘Oh! Lucinda’ is three minutes of finely crafted pop perfection. Essentially exploring the age-old tension between the hot-flushes of a new relationship and the cyclical melancholic torment of heartbreak, ‘Oh! Lucinda’ is both a celebration of young love and a lament on the deceptiveness of it. Worth’s falsetto, doo-wop backing, and angelic chorus-soaked guitars make for an immediately gratifying listen. The composition originally began shortly after Worth returned from working abroad in 2015, and he wrote it with a view to making the most infectious song he could. Recorded live with members of London-based band The Lodgers, it was produced by Worth himself and Dan Joseph Clarke. It’s an incredibly accomplished single from the young melody maker with the sort of effortless zest for songwriting that recalls heroes like Paul McCartney and Morrissey.

“My music is inspired by many of the great melody makers from the from the past 5 decades, rich and instant in melody and colourful in progression. I like to get into people’s heads”