Though hailing from London’s outer fringes, where the capital unceremoniously bleeds into Kent, The Vex actually came into being some 1,500 miles away, with an Eighties pop superstar playing his part. While on tour in Moscow with a previous band, the schisms in the group were made apparent by an offer of management from one Adam Ant. The faction that opposed the deal broke away to form The Vex, playing their debut gig at Moscow’s BlastFest, where the only thing that wasn’t ice-cold was, typically, the band’s beer rider. 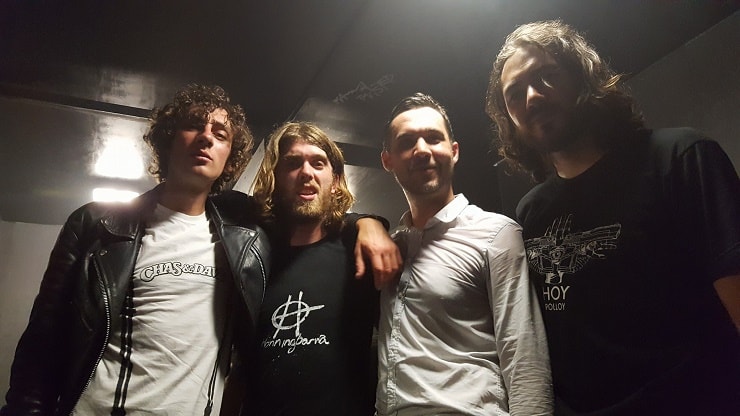 Back in the UK, Josh (guitar/vox), Jacko (guitar/vox), Andrew (bass) and Joshua (drums) soon honed a sound inspired by the classic roots and rock of both Kingston, Jamaica, and London, England. Dealing in dirty guitars and big beats, played with passion and precision, the quartet’s heavy rocksteady sonics became a draw on both sides of the Thames, their ferocious shows earning them a rep as one of the best live bands on the circuit. The Vex hit hard and they cut deep. Spin this EP and hear for yourself.

An electrifying injection of no-holds-barred punk rock, ‘Education Kills’ is a tribute to the extraordinary bravery of Malala Yousafzai, shot in the head by the Pakistan Taliban while campaigning for women’s rights to education. With this now Nobel Laureate in mind, The Vex’s treatise on the evil that men do is set to overdriven punky-reggae riffage and a fiercely anthemic chorus.

The Vex: Education Kills Lyrics:
Malala Yousafzai said
“We want an education”
The only way to stop this school girl
Was assassination

And they shot her!

A twisted ideology
How can it exist?
A total disregard of equality
Spawned a young activist

Malala Yousafzai said
“Girls have rights!”
For this fearless heroine
A generation unites