American duo The Vacant Lots released their debut album ‘Departure’ via Sonic Cathedral in 2014. ‘Departure’ was mixed and mastered by former Spacemen 3 legend Sonic Boom and follows previous single releases on Mexican Summer, Reverberation Appreciation Society and a split 10″ with Suicide’s Alan Vega on Fuzz Club. The key element of The Vacant Lots’ minimalist, primitive rock’n’roll songs is their boundless energy, which tears up the psych template with a genuine punk spirit. This ‘minimal means maximum effect’ aesthetic is something they have developed over the past few years, not least by continuing as a two-piece. 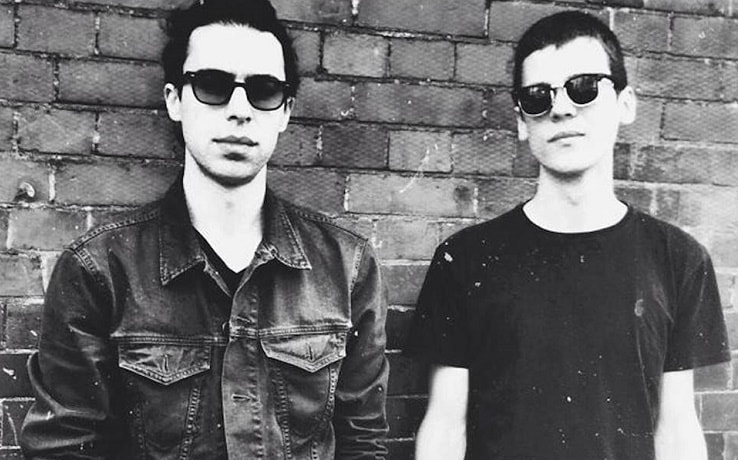 The notion of duality is also a recurring theme, whether in the band’s fiercely monochrome artwork or their lyrics, which deal with life and death, love and loss and the human condition. Poetic, but with a streetwise swagger; psych, but with a punk attitude. To this end, Brian spends most of his spare time working with electronics, building pedals and custom effects. Jared’s extra-curricular activities are based around painting and the written word. He had his first book of poetry ‘Empty Space’ published in the same year the band’s debut album, ’Departure’ was released. Recently, the band has worked on their new EP, ‘Berlin’ in collaboration with Anton Newcombe (Brian Jonestown Massacre) that will be released on Anton’s label, A Recordings on November 25, 2016.

The Vacant Lots see themselves very much in the lineage that stretches from Bo Diddley and Link Wray, via The Velvet Underground and The Stooges to Suicide, The Cramps, The Gun Club and Spacemen 3. Brian also cites Kraftwerk and New Order as influences, especially on the more synth based tunes such as ‘Paint This City’. This incorporation of electronics has brought the band’s sound right up to date, and also allows for a more diverse soundscape both in the studio and when they play live. To this end, Brian spends most of his spare time working with electronics, building pedals and custom effects.