The Radar Post, AKA Esben Svane, returns with accomplished new single ‘Lifeline’, out via Nordic Music Society. Following the release of first single ‘Pilots’, ‘Lifeline’ continues the project’s digression from the debut LP’s self-conscious folk roots. Relying more on a melancholic, yet hopeful aura, fused with a jangly-indie vibe, Esben is certainly now more shoe-gazer than folk cowboy. Singing “you were the light bulb flashing in my bloodshot eyes, you were the strong hand reaching in from the outside”, he croons about making personal resolutions in his life for the benefit of loved ones around him. A tribute to the helping hand we all occasionally need when the universe has us down on our luck, ‘Lifeline’ is a neat slice of what to expect from the new album, ‘A Good Adjustment To Reality’, currently slated for a February release. 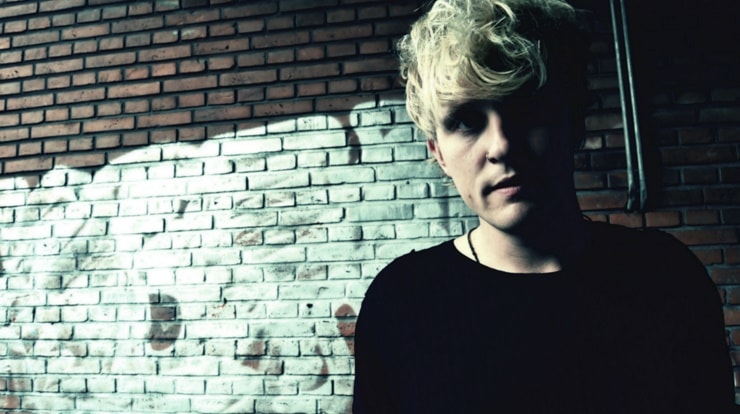 “This track is retrospective of a time before I realized alcohol was taking the best of me”, Svane muses. “It was hard to realise how I had lied to myself for a long time… It was a crazy recognition process… So at the same time it’s a song about hitting rock bottom and also about love. Give in to it. Change for it – change for the better.” A hopeful and deeply personal expression of emotional salvation, ‘Lifeline’ might just be The Radar Post’s most brilliant offering to date. A Deerhunter meets Raveonettes hybrid, with glimpses of Lockett Pundt’s vocal prowess – it’s clear to see Svane’s keystone influences on the new LP.

The Radar Post is a solo project formed by former-drummer of A Friend in London. The multi-instrumentalist’s last record came out two years ago which was preceded by two other EPs simply released under a solo moniker. Citing Radiohead as another major influence on the rejuvenated sound, Svane’s setting his sights high for artistic brilliance, with good cause to. With his record penciled in for February and plans to head out on the road in March/April (touring Denmark and Germany, respectively), The Radar Post looks raring to go again, and if you know what’s good for you, you’ll keep your radar on watch.