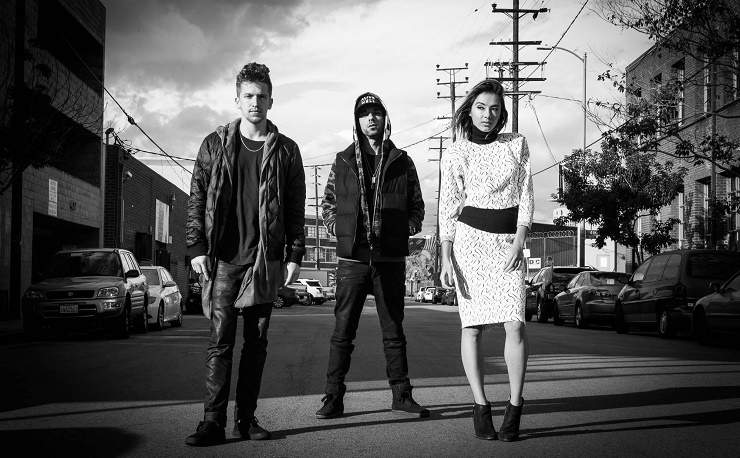 From the ‘Love Notes’ EP. Written and produced by The Flavr Blue. Mixed by Stephen Kaye. Mastered by Adam Straney.

Love Notes pushes the Flavr Blue’s sound further still, toward an even deeper musicality; they effortlessly blend a range of textures that recall Aaliyah’s slinky sensuality, Beach House’s washed out reverberations, and Prince’s fidelity to the pop hook. The music is still passionately handmade; Love Notes, like releases before, is a true collaboration between three creative minds (and, like their earliest music, was recorded mostly in that same half-bedroom). It’s that spirit — a collective enveloping and integrating of new sounds, their DIY ethos matched with a captivating polish— that truly defines the Flavr Blue, and makes their future so promising. In celebration of the release of Love Notes, The Flavr Blue will be performing in select cities nationwide, with a more extensive tour to come at the top of 2016.

The Flavr Blue: Supply Lyrics:
All the moments I have folded
Could not define you, divide you from me
Thoughtless I keep holding on to you
Its touch turn dust into something new

Overflowing, I’m unbroken
Pieces of me now lie with you
I found, I lost my love
But know we have become inseparable
And now we often loose ourselves

(x4)
And you’re diving into the depths of me
You don’t know what you’re looking for
But I’m overcome by your energy
Baby, I can’t let you go