The fin. are a group comprised of Yuto Uchino (vocals and synths), Ryosuke Odagaki (guitar), and Kaoru Nakazawa (drums / bass). Since their formation in 2012 as an extension of Yuto’s musical vision (he wrote and recorded their initial records in his bedroom), they’ve performed to thousands of rapturous fans at major festivals including Fuji Rock, SXSW and Rising Sun. Staking their claim on America in 2015, they embarked on a major tour there, which included a performance at SXSW, before signing to Lost In The Manor the same year to release their debut UK EP ‘Night Time’. Last year’s ‘Through The Deep’ EP was a cleverly refined follow-up and it prefaced their decision to move to London that autumn. 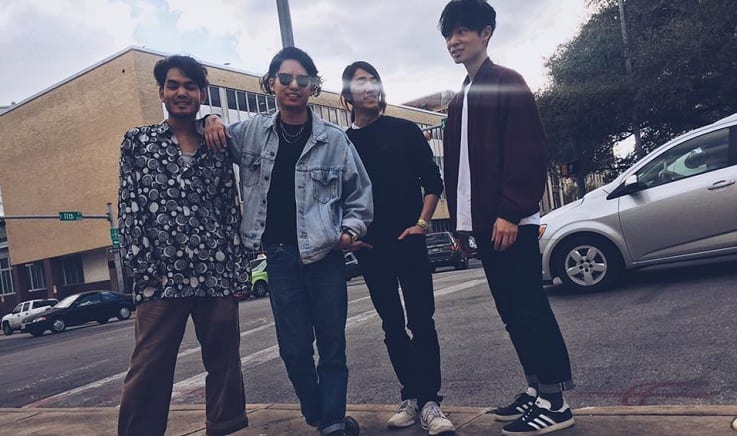 Their tenure here has seen them develop themselves artistically through collaborations writing, recording, and touring with a wealth of British artists and producers like Brad Spence, All We Are, Ten Fe, Circa Waves, Last Shadow Puppets, Petite Noir, FEWS, Anchorsong, Slow Dance and many more. They’ve just finished a world tour that included the UK, Japan, USA, China, Thailand and Malaysia along with a showcase at SXSW and another to come at The Great Escape. Praise has built quickly around the group and they’ve achieved over two million Spotify plays for their stylish Europhile blend of synth-pop, chillwave and dream-pop, complete with English lyrics addressing universal themes of everyday uncertainties. Latest single ‘Afterglow’ will be remixed by FEWS and Anchorsong (a huge fan of the band having played at their all-nighter parties in East London), and with it they’re evidently reaching the zenith of their artistic maturity, making vital and exciting new music for the road ahead. Pertinently, The fin. are a reflection of the idea that music is rooted in feeling and not borders.

‘Afterglow’ is the apex of the band’s growth as artists since relocating to London. It’s a rich and coruscating psychedelic soundscape replete with cannily textured production and emotive performances. Written by singer and multi-instrumentalist Yuto Uchino in the dead of night, the languorous and immersive songwriting utilises the production nous of Bradley Spence and the atmospherics of artists like Tame Impala, Dungen, Boards of Canada, and Air to make something that feels modern, vibrant and essential. It’s all an impressive sonic testament to the fact that The fin. are rapidly maturing into a league of their own. If shoegaze was the name given to floppy-haired sound savants staring at their effects units in the nineties, then The fin. have their gaze firmly levelled upward. They’re the stargazing Kobe expats blazing a trail through the intercontinental indie scene.