If you’re not familiar with The Coolness yet, you’re in for a real treat. Previous releases ‘Trouser Arouser’, ‘Take it Off’ and ‘Semen’ have been no short of cartoon-rave anthems. Supplying a double ironic twist of ‘wild abandon fun’ for fashionistas and misfits of the underground London party scene and beyond. 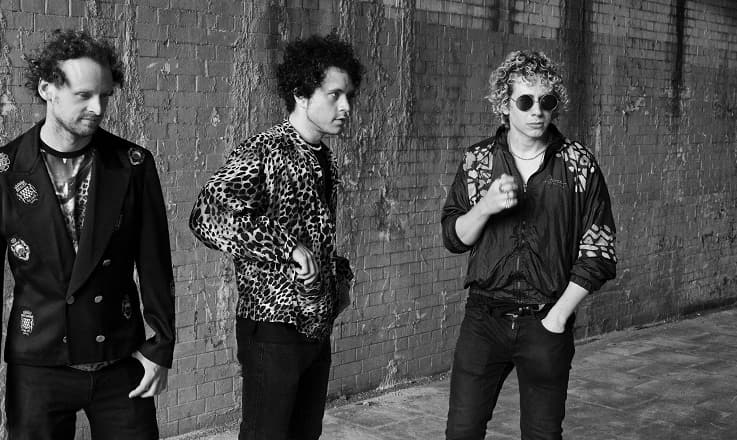 The Coolness has a distinct and unique sound; producing the majority of their music using sounds from Casio and Yamaha keyboards found in junk shops. The Coolness is also known for being solely responsible for discovering and pioneering UK pop sensation Charli XCX.

The ‘Chicken Leg Girl’ music video is by multi award-winning writer and director Gsus Lopez. Lopez, originally from Spain, is a world renowned LGBTQ film maker and is known for his smart, poignant and humorous take on the traditional love story. His work has been compared to John Waters and Pedro Almodóvar.

Blue Steel or Red Velvet, its incredibly difficult being cool nowadays. On that note The Coolness is a three-piece electronic-funk-rock collective, whose current line-up consists of three humans from Portsmouth who now reside in London. Having played across Europe and America and seen a bit of this thing called life, the joys of The Coolness now include: backing tracks on an iPod, unusual outfits, curly hair, stage invasions, stage moves and sing along choruses. Imagine T-Rex born into the future creating music with Logic/Ableton. Throw in Daft Punk, Chvrches and some retro 90’s noises and you’re somewhere near. This is love. This is the future. This is the Coolness