Scottish Singer-Song Writer/Lotus Crush/ Ex-Driveblind/Writer/The Voice Season 3 Runner Up. Terry McDermott arrived in the US from Aberdeen Scotland in 2003, with Driveblind, signing to A&M Records with label president Ron Fair. Fair moved to Geffen Records taking Driveblind with him. The Scottish six-piece released on Geffen in 2006. After Driveblind disbanded, McDermott formed Lotus Crush with friends Peter Klett & Scott Mercado of Candlebox and John Luzzi, now of Miggs. Lotus Crush released in 2011. McDermott was approached about appearing on The Voice Season 3 in early 2012 and would finish Runner-Up overall.

Vocalist Terry McDermott is a passionate, resonant-voiced singer who finished in second place on the third season of the NBC television show The Voice. Born in Aberdeen, Scotland, McDermott first came to the public’s attention as the lead singer in the rock band Driveblind. Formed in 2001, Driveblind relocated to Los Angeles, where they were signed to Geffen Records and released a 2006 self-titled debut. After Driveblind broke up in 2008, McDermott moved to New Orleans with his wife and son. In 2009, McDermott formed the band Lotus Crush along with members of Candlebox, MIGGS, and Second Coming. Two years later, Lotus Crush released the album Half-Light Morning. In 2012, McDermott auditioned for and was accepted onto the NBC reality singing competition The Voice. During his time on the show, McDermott performed for Blake Shelton’s team and eventually became the first male runner-up on The Voice, losing out to singer Cassadee Pope. Following his second-place finish on the show, a compilation of his performances, The Voice: The Complete Season 3 Collection, was released to iTunes.

It’s the third collaboration between NBC The Voice’s season 3 runner up, and Scottish rocker, Terry McDermott, and Australian singer/songwriter, Todd Burman (Juke Kartel). The first two efforts both charted, with “Pictures” reaching #1 on the iTunes Rock Charts, and “In Your Eyes” peaking at #12. The third collaboration, “Lose This Feeling”, went #2 on the iTunes New Release charts. While Terry is producing music with his band, Terry McDermott and The Bonfires, writing with Todd has become a comfortable process. And certainly a successful one. Directed by DZR, “Lose This Feeling” was shot in Terry McDermott’s adopted home town of New Orleans. 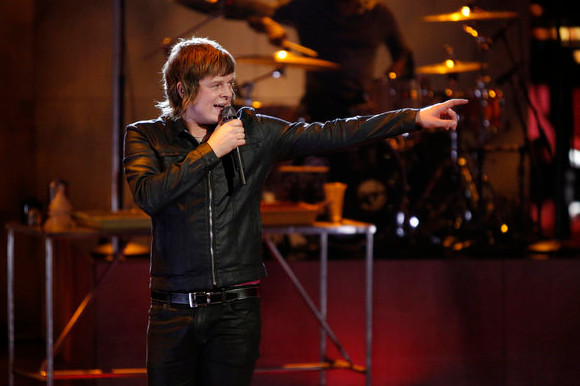