Subnautica is a survival adventure game developed and published by Unknown Worlds Entertainment. It allows the player to freely explore the ocean on an alien planet, known as planet 4546B, collecting resources to survive. Subnautica was first released in early access for Microsoft Windows in December 2014, Mac OS X in June 2015, and for Xbox One in May 2016. The full release out of early access was in January 2018 Exclusive for PC on Steam, with a version for the PlayStation 4 also planned for a later date. Subnautica is a survival, adventure game set in an open world environment and played from a first-person perspective. The player controls the lone survivor of a crashed space ship, called the Aurora, on an aquatic planet. The main objective of the player is to explore the game’s world and survive the dangers of the planet while at the same time following the story of the game. Subnautica allows the player to collect resources, construct tools, bases, and submersibles, and interact with the planet’s wildlife.[10] In the basic difficulty “Survival”, the player will have to maintain hunger, thirst, hydration, and oxygen. The game includes a day and night cycle which affects the gameplay and surroundings. The game will include three other modes: “Freedom mode”, in which hunger and thirst are disabled; “Hardcore mode”, which is the same as Survival, except that if the player dies, the player will no longer be able to respawn; and “Creative Mode”, in which the hunger, thirst, health, and oxygen features are all disabled, all the crafting blueprints are acquired, where no resources are needed to craft and the submersibles do not need energy and cannot be damaged. The game is mainly set underwater, with two explorable islands. Wikipedia®. 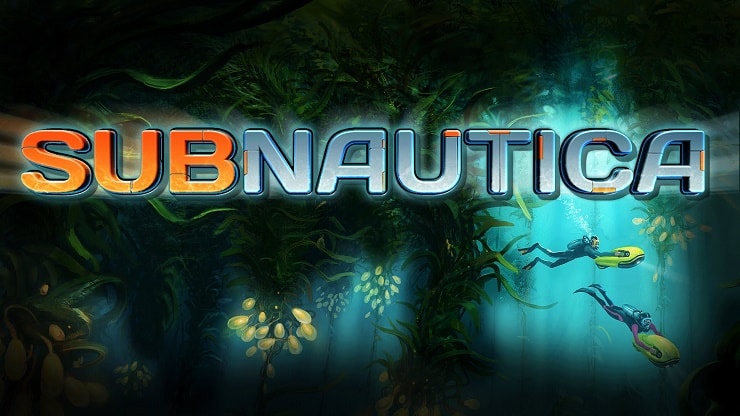 Subnautica is an underwater adventure game set on an alien ocean planet. A massive, open world full of wonder and peril awaits you! Dive Into a Vast Underwater World. You have crash-landed on alien ocean world, and the only way to go is down. Subnautica’s oceans range from sun drenched shallow coral reefs to treacherous deep-sea trenches, lava fields, and bio-luminescent underwater rivers. Manage your oxygen supply as you explore kelp forests, plateaus, reefs, and winding cave systems. The water teems with life: Some of it helpful, much of it harmful. Scavenge, Craft, and Survive. After crash landing in your Life Pod, the clock is ticking to find water, food, and to develop the equipment you need to explore. Collect resources from the ocean around you. Craft knives, lights, diving gear, and personal water craft. Venture deeper and further form to find rarer resources, allowing you to craft more advanced items.

Subnautica Trainer (+8) Options:
Trainer for the game Subnautica, you can use it to activate these essential Cheat Codes: Infinite Health, Infinite Oxygen, No Hunger/Thirst, Super Speed/ Swiming, Slowtime, Move Time Foreward, Teleporter. Note: This cheat tool is for the original version v1.01 (Steam) of the game Subnautica.