Dylan Nowik’s five-piece brainchild is growing up. The band is poised to release their second full-length LP this summer, and will be supporting the release with a run of shows across Brooklyn. Flora’s eleven tracks are the result of two weeks’ time occupied exclusively recording last summer in an Upstate New York Barn, and seven months of creative deliberation in post. Says keyboardist Slack Barrett, “Dylan is so meticulous, you know, with mixing and final touches…but the result is essential to our sound, and I see the time he spends as a well-practiced ritual.” 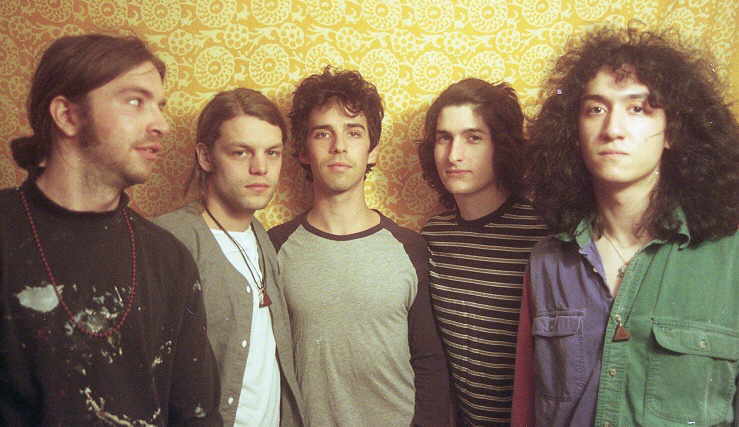 Recording Upstate offered Nowik some new opportunities, and the change in scenery encouraged ingenuity. Their debut album, Good Evening, released in September 2013, was recorded at Rose Studios in Brooklyn, and is described as being “folky, baroque pop” whereas Nowik sees Flora as the result of a fascination with rhythm, textures and soundscapes. There are sonic eccentricities throughout the album, such as recordings of bugs in Vermont, and a massacred crash cymbal. Says Nowik, “Andrew wanted a different cymbal on ‘Waiting’, and nothing was working, so he and I went from the barn out to the street at like 2pm and just started thrashing this thing on the road with hammers, making a big racket. It fractured though, and we used it”.

Nowik rarely left the easel on which his artwork was taking shape; over the course of two weeks, other members made their way in and out from the city and laid down parts. The result is a lush patchwork of sound, complete with DD-7 delay-scapes, dictaphone recordings of conversation, fuzzed out harmonies and smooth yet enormous transitions that pull you in like a current as it gets closer to a waterfall. The mist rising up from that waterfall is Flora: airy and beautiful, the intangible result of a journey over the edge of an everlasting dance between delicacy and force.