Skip to content
Home » Music » Steady Holiday – Under the Influence 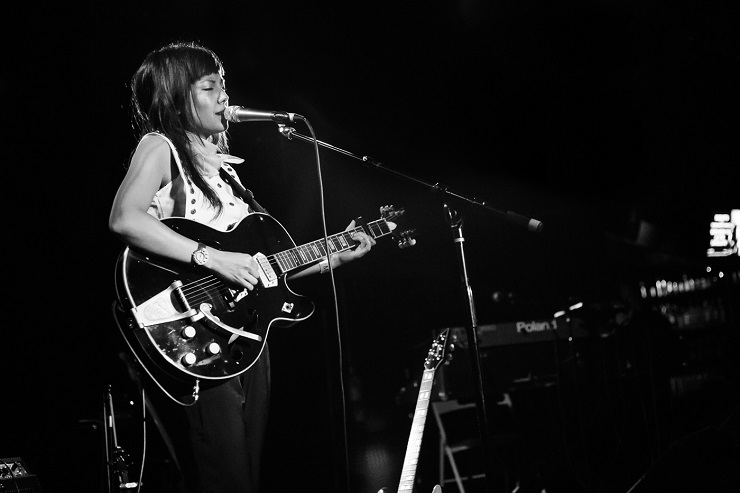 L.A.’s Dre Babinski is Steady Holiday, “Under the Influence” is her effortlessly-cinematic new single, and it sounds like Saint Etienne reborn, and heaven. Under the Influence is also the title of her debut album, out from June 24th care of Brooklyn’s Infinite Best Recordings. You can download four of its tracks and pre-order the whole thing on colored vinyl or digitally by visiting her Bandcamp page now.

Steady Holiday is Dre Babinski. Until now you could find her playing in bands around LA, opening for big tent stuff like Fitz and the Tantrums and Fun dot, and making a record with some friends from Dr. Dog. She enjoyed the sidewoman life, but longed for an outlet of her own, writing and recording in secret, developing a body of work about hidden desire itself. Under the Influence is her coming out party, featuring Josh Adams (Jenny Lewis) and produced by Gus Seyffert (The Black Keys, Beck), set for release June 24th on Infinite Best (Mr Twin Sister, Ava Luna). First single “Your Version of Me” was released to immediate praise, garnering 200,000+ streams, and caught the attention of Coachella/Goldenvoice founder Paul Tollett, who added the band to Coachella 2016. Steady Holiday will play a residency at the Satellite in LA every Monday in June, come hang.