Starbound is an indie game being produced by the UK-based independent game studio Chucklefish Ltd. Starbound takes place in a two-dimensional, procedurally generated universe which the player will explore in order to obtain new weapons, armor, and miscellaneous items. Starbound entered beta testing on December 4, 2013 for Microsoft Windows, OS X and Linux. Starbound begins with the player inside a spacecraft fleeing their homeworld, each race with their own unique reasons for leaving. With nothing to guide it, the shuttle shoots into space without direction, becoming hopelessly lost in a sea of stars. As luck would have it, the space shuttle touches down on a habitable planet and an adventure begins that takes the player hurtling across the universe. Starbound contains both quests and story driven missions, buried inside its vast sandbox universe. The space shuttle acts as the player’s vehicle while exploring the galaxy, containing a teleport pad the player can use to teleport down to planets the shuttle is visiting, a ship locker for storing items, a fuel panel for refueling the ship, a 3d printer for creating objects, and a cockpit for piloting the ship. The interior of the ship is also fully customizable, with any blocks able to be placed in the ship. Wikipedia®. 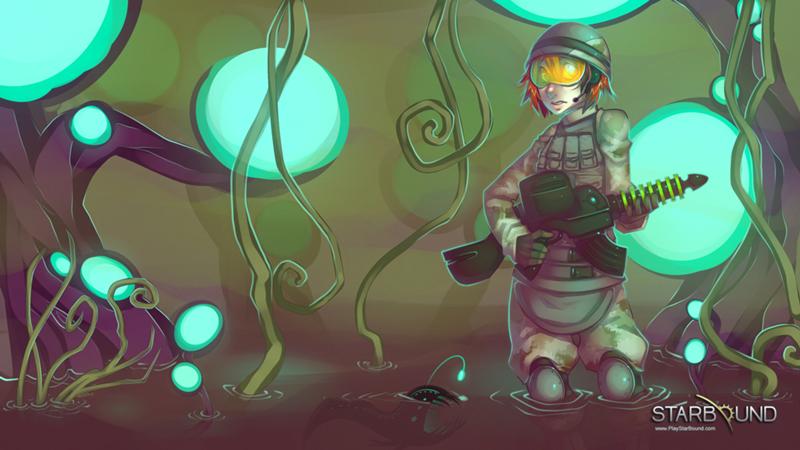