Star Wars: Episode VII The Force Awakens, marketed simply as Star Wars: The Force Awakens, is the upcoming seventh live-action theatrical Star Wars film and the first film of the sequel trilogy. The film is directed by J.J. Abrams, written by Abrams, Michael Arndt, and Lawrence Kasdan, and produced by Kathleen Kennedy and Bad Robot Productions. The film, which is currently in production, will be released on December 18, 2015. (December 17, in Mexico and the rest of Latin America) Despite initially claiming that the Star Wars story ended in Star Wars: Episode VI Return of the Jedi, and spending years refuting speculation that there would be another film, George Lucas began work on the story of Episode VII in 2011 in order to increase the value of Lucasfilm Ltd. before he sold it to The Walt Disney Company, although Disney would later elect not to use Lucas’s story. The acquisition was finalized on October 30, 2012, and Disney and Lucasfilm officially announced Episode VII the same day. 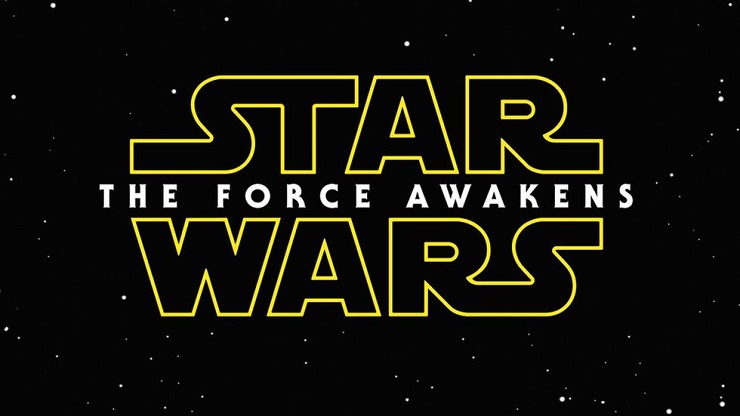 The story of Episode VII is not yet known, but it will not be based on Star Wars Legends, formerly known as the Expanded Universe. Rather, it will be an original story set after Return of the Jedi. The film stars Mark Hamill, Harrison Ford, Carrie Fisher, Peter Mayhew, Anthony Daniels, and Kenny Baker reprising their original roles. The original actors are joined by a host of new actors including John Boyega, Daisy Ridley, and Adam Driver, amongst many others.

The trailer opens on what appears to be the newly revealed desert planet Jaku (or Jakoo), as a speeder races across the sands we see an ancient downed Star Destroyer and a skeletal X-Wing, which clearly crashed there from orbit decades ago. We then see a an unknown pair of hands holding the mangled mask of Darth Vader, melted and disfigured from the Sith lord’s funeral pyre at the end of Return of the Jedi.